Manufactured in late 1907 or early 1908, this is one of 207 Colt Model 1905 Military (Model 1907) pistols manufactured to fulfill the 1907 contract for the U.S. government for test trials pistols. These pistols were manufactured after the Ordnance Board tests on 15 January 1907, and incorporated many of the recommendations submitted by the board after those tests. These recommendations included top ejection, automatic loaded chamber indicator, an automatic safety, wooden grip plates securely fastened on, strengthened trigger stirrup, longer trigger stirrup pin, and a hammer of the modified type exhibited to the board (spur rather than rounded). In September of 1907, Colt had a sample pistol prepared, which incorporated the spur hammer, grip safety, a modified ejector port, an ejector to help facilitate nearly vertical ejection, and a lanyard loop affixed to the frame. This sample pistol also included a slotted frame for a buttstock, which was the only feature not approved by the Ordnance Department. Production of the pistols began almost immediately and on 17 March 1908, the 200 requested pistols were shipped to Springfield Armory. A further five pistols were shipped 2 April 1908 to Brigadier General William Crozier, another on 16 September to the Colt London Agency, and a final pistol on 21 September to the commanding officer at Springfield Armory. The initial 200 pistols were subsequently divided between three different troops of cavalry and The School of Musketry for further testing with this example being issued to Troop H, 2nd Cavalry. The pistols' performance through many phases of trials was less than exceptional and, with the development of the Model 1911 in full swing, 185 of these "Model 1907" pistols were turned in at Springfield Armory. The 15 pistols that were absent are believed to have been used for parts or rendered inoperable during trials. Five pistols were retained by the government, two each for the Springfield Armory Museum and Rock Island Arsenal Museum, and one for the National Museum (Smithsonian). Pistol number 46 is currently in the Smithsonian, 128 and 130 are in the Springfield Armory Museum, and 147 is in the Rock Island Arsenal Museum. The remaining 180 pistols were purchased by Francis Bannerman of New York in February of 1912. The left side of the slide on this example is marked with the two-line patents dates and Colt address, arranged in two blocks, while the right side has the standard two-line caliber marking. The left side of the frame is marked with the serial number "117" and "K.M." on the trigger guard, the military inspection mark of Major Kenneth Morton. The right side of the trigger guard is spuriously marked "U.S./1". It is fitted with blade and round top notch sights, loaded chamber indicator, checkered grip safety and spur hammer, lanyard loop on the left grip frame, an unmarked full blue magazine, and diamond pattern checkered grips. Provenance: The Dr. Robert Azar Collection 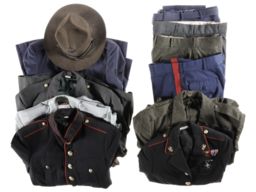 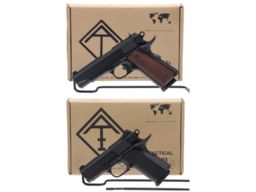 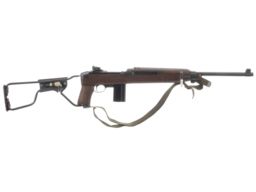 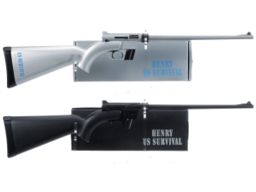 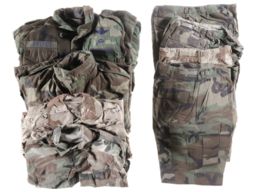 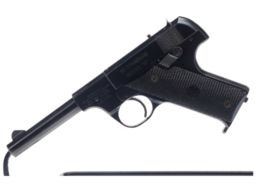