Slotter & Co. of Philadelphia was formed by five of Henry Deringer's former employees in 1859. They copied his pistol designs and were among the most prolific makers of pistols of this type, even bringing a tailor named John Deringer into the firm merely for the use of his name for markings. Aside from their popularity during the mid-19th century, these firearms have also become particularly famous thanks to the use of a Deringer in the assassination of President Lincoln. The rifled barrel has a brass blade front sight, "STEEL/WART" on the upper right, false patent breech, and a notch rear sight on the upper tang. The lock and breech are both marked "J.DERINGER/PHILADELA". The furniture is German silver and has scroll engraving similar to the lock and tang. There is a "5" marked on the trigger guard tang. 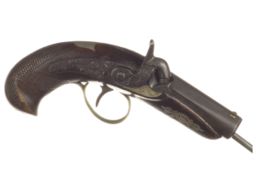 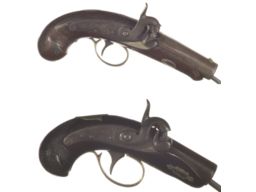 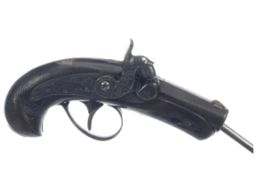 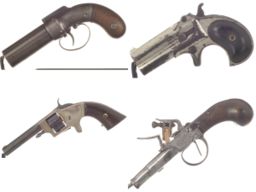 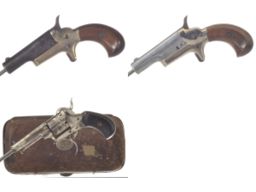 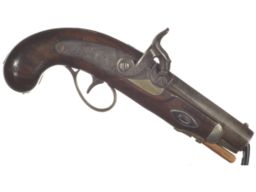