This classic "Yellow Boy" was manufactured in 1871. This model was the first true Winchester and was essentially an improved version of the Henry fitted with a loading gate. This basic pattern set the standard for lever action rifle designs for generations to come making a '66 carbine a must for any Winchester or American arms collector. The fact that they played an important role in the hands of civilians and Native Americans in the second half of the 19th century as more and more Americans settled in the West and disputes over the land festered further cements their importance to American history. Though other iconic models followed, the less expensive '66 remained in high demand until the end of the century and is now easily one of the most collectible Winchesters. 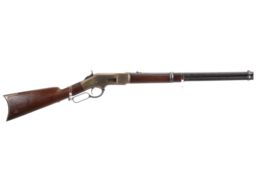 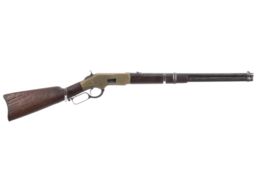 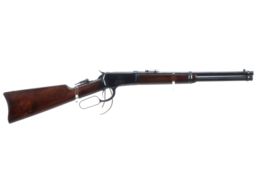 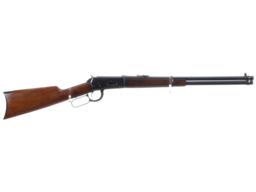 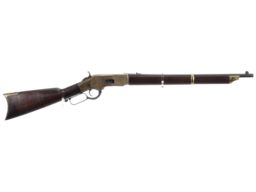 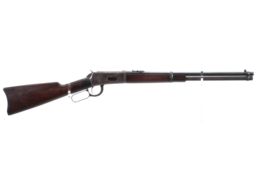