This early production Model 1908 Mondragon semi-automatic rifle is chambered in the 7 mm Mauser cartridge. Col. Manuel Mondragon was an officer and later general in the Mexican army who designed some of the most technically advanced weapons in the early 1900s. The original Model 1890 was the first semi-automatic rifle to be adopted by any nation. The Model 1908 was made in Switzerland at the time because only the SIG factory was capable of manufacturing weapons with such close tolerances required by Mondragon. It is estimated that only 400 of this model were ever delivered to Mexico before the Mexican Revolution broke out. The remaining rifles were sold to Germany prior to WWI. They are very rare, and very few are ever seen in the US. The Mondragon employs early, unique features such as early gas-impingement system that drives an operating rod on the right side of the receiver to cycle the bolt. The rifle has a rotating bolt with four front locking lugs, which is very similar to the Swiss 1891 Schmidt-Rubin and K31 rifles. It is fitted with a military style tangent rear sight marked from "4-2000" (400-2,000 meters), an inverted "V" front sight, and a bayonet lug on the underside of the barrel. The rifle action is unmarked except for the serial number which is stamped on the left side of the action, top of the bolt, and cocking handle. The back side of the eight round magazine box is serial numbered to the gun and the stock is marked "81.5" on the lower left side. The stock and handguard are both correctly made from a light colored European straight grained walnut with a flat steel buttplate. 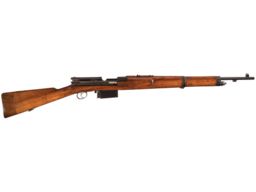 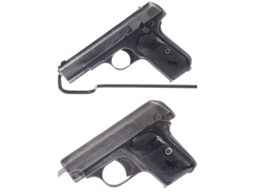 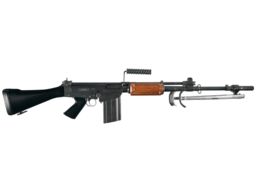 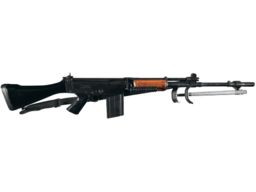 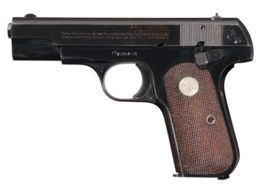 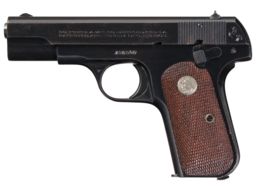