This unique belt buckle gun is chambered in the desirable 22 LR cartridge. These belt buckle pistols had a hinged cover plate that would swing up/open to expose the barrels and firing mechanism inside. The barrels consist of a single, 1 13/16 inch barrel/block that actually has four separate barrels in this one block. This entire barrel/block was designed to spring open when the release levers on the sides were depressed. Each barrel was individually triggered and all four were cocked each time the barrel block was pushed into the closed position. The front cover has a postwar cast aluminum German Army eagle emblem affixed to the front. The underside of the belt buckle is spuriously stamped: "BLN.-44-SS/R.V.F.Z. NR. 1/L". Each major component of the buckle has also been stamped: "1" or "1/L", indicating that it has matching visible parts. The actual design of belt pistols was an invention originally conceived by Louis Marquis while in a WWI POW camp in 1915. As an engineer and inventor, Marquis refined his design and in 1943 received an order to make five initial examples for Himmler's SS. The originals were all SS marked and had SS Eagles on the belt plate. (This is NOT one of those examples!) The underside of the original belt plates of the originals were marked: "Louis Marquis W-Elberfeld A." [see discussion in Deutches Waffen Revue for August and September, 1967, pages 8-9]. [See also page 153, Firearms Curiosa by Winant.].

Very good as custom made with half of the blue finish remaining on the buckle overall with the balance having turned a gray patina. The cocking and firing mechanism all seem to work correctly when it is actuated and cycles by hand. 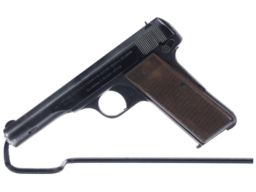 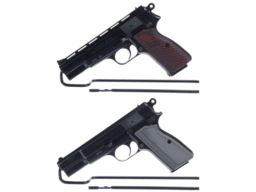 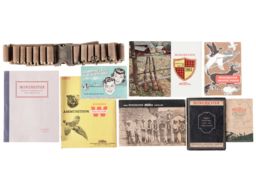 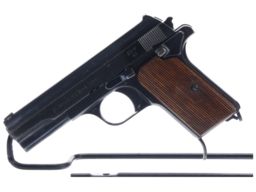 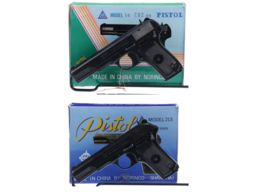 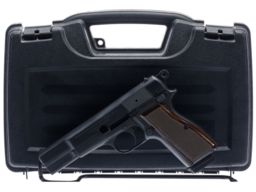