This unique Henry 44 rifle cartridge box was originally intended to be sold by the California retailer Liddle & Kaeding. The lid has an illustration of the Henry rifle, caliber and cartridge count information and the Union Metallic Cartridge Company address, all above "Expressly for LIDDLE & KAEDING,/FOR THE CALIFORNIA MARKET." The lid is also correctly marked with the 1860 Smith & Wesson patent information. The New Haven Arms Company, maker of the Henry rifle and predecessor to Winchester, held the rights to manufacture arms using the cartridges made under Smith & Wesson patent. Each cartridge has the Liddle & Kaeding "L&K" head stamp. 48 of the 50 cartridges are included. Around the sides of the box is the original orange paper seal (now broken) with a short side marked "44 HENRY." In 1859, Robert Liddle and Charles van Buren Kaeding bought Bogart Brothers Sportsmen's Emporium with Kaeding being a silent partner. The name of the company changed to R. Liddle & Co. The name changed in 1866 when Kaeding became an active partner, thus becoming Liddle & Kaeding. By the mid-1870s, Liddle & Keading, were the largest firearms dealer in San Francisco. Not only a seller of firearms and other sporting goods, Liddle & Kaeding manufactured and repaired firearms, employing a number of gunsmiths, including Robert Liddle and his son James Henry Liddle. The name changed to Liddle & Co. when Kaeding left the company in 1889 and would remain Liddle & Co. until the company closed in 1898. The Henry rifle was manufactured from 1860 to 1866 with an estimated 14,000 having been produced and was the most advanced rifle available during the Civil War.

Fine as opened. The box shows a few repaired corners and typical edge wear. Nearly all of the picture label remains with clear printing. Do not miss your chance to own a one of a kind Henry rifle cartridge box exclusively sold by the renowned California retailer Liddle & Kaeding! Even the cartridge head stamps reflect the Liddle & Kaeding name! The ultimate Henry rifle accessory! 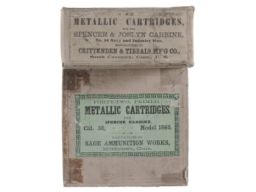 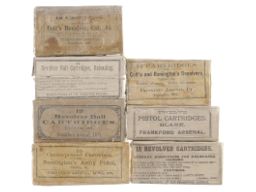 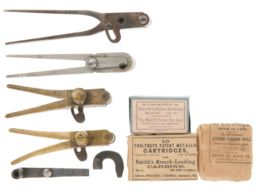 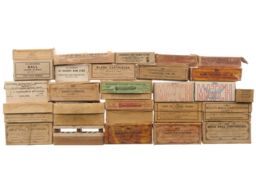 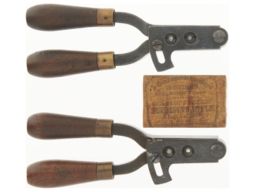 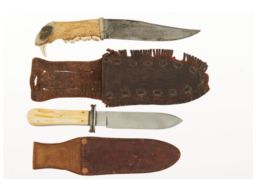