Fine. The barrels retain 70% of the Damascus pattern with a smooth gray patina showing traces of original brown finish in the protected areas. A few scuff marks are present on the left barrel. The action retains 30% of original case colors in and around the protected areas, otherwise a smooth gray patina with a crisp engraving. The wood is also fine showing some minor pressure dents and scratches and some blemishes in the checkering (mostly on the forearm). Mechanically excellent. The case is good showing overall wear and handling/storage marks and typical high spot wear on the lining. The handle is missing. Do not miss your chance to own a high quality British express double rifle documented to Britain's most powerful ruler, Queen Victoria! This rifle, which has already gained the attention of a renowned American museum, would find a place in the most advanced antique British or European sporting arms collection! 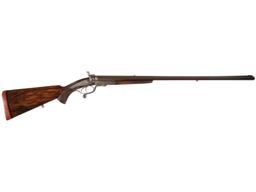 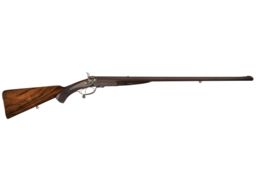 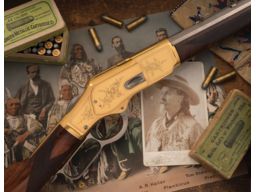 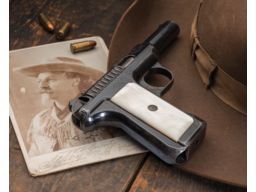 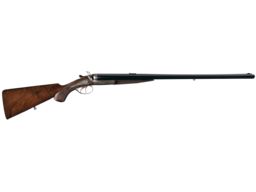 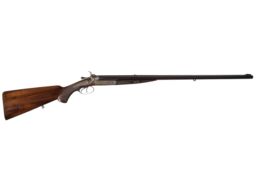