This is a fine example of an original pre-WWI Springfield Armory U.S. Model 1903 Springfield bolt action N.R.A. Sales rifle. These N.R.A. Sales rifles were sold by the D.C.M. only to N.R.A. members in 1913-1916. They were issued by both Springfield Armory and Rock Island Arsenal. To receive one of these rifles, you had to be a registered high power shooter and usually had to wait some time as they were still in use as the standard service rifle. Although not marked, they all had their barrel star-gauged to ensure they were the best available barrels for the target shooters. They are identified by the "N.R.A./Ordnance shell and flame" stamped on the forward section of the trigger guard to detonate that they were sold through the D.C.M. to an N.R.A. member and not a stolen rifle. This program was stopped in mid to late 1916 due to the war in Europe. It has the standard receiver markings, and the barrel is stamped with the Ordnance shell and flame insignia over "SA/12-15". The early straight handled bolt is stamped "I 8" on the underside of the safety lug. The face of the rear sight leaf and the "ON" side of the magazine cut-off have their original armory bright polish. It has the correct all milled and blued parts and a dark oil-quenched casehardened receiver finish. It is fitted with a later rear sight graduated from 200-2,800 yards that does not have the 2,850 yard volley notch. The rear sight is fitted with the early dished windage knob. It has the correct WWI era, one bolt, "S" style walnut stock with grasping grooves on the sides and a high hump handguard. The stock is cartouched "JSA" on the left side, has a single circled "P" proof in the grip area, and is fitted with the fine checkered buttplate with trap that has a nickel plated oiler and pull-through jag inside. The rifle is currently fitted with a Model 1907 type commercial leather sling. As noted, this rifle comes with a Model 1905 bayonet marked "RIA/1911" along with a canvas covered scabbard; a 1923 dated Army Markmanship training manual, a 1942 dated instruction manual on "War Gases" and their affect on the body, and a Model 1907 Mills cartridge belt for the 1903 rifle. The cartridge belt is marked "MILLS/1918." This lot also includes a 1984 dated D.C.M. shipping box with no association to the rifle. Also included are twenty-six brass stripper clips and small period Springfield Armory box containing an ejector, two 1903 rear sights and three front sight blades.

Fine condition with 50% of the blued finish overall, some light thinning/flaking of the finish on the receiver ring, and blue loss on the bolt body from cycling the action and the front half of the trigger guard floor plate. The stock is in very fine condition with a nice, clear, distinct cartouche on the side and only minor handling marks and light scratches on the sides from actual shooting use. The refurbished bayonet is in good condition with nice clear markings and the blade cold blued. The cartridge belt is also in very good condition overall with a light, somewhat faded color, no rips or tears, and all the pull tabs complete. The markings on the back are clear and readable. This is a very nice, all original pre-WWI shooter's grouping with a desirable N.R.A. marked Model 1903 Springfield Armory rifle. 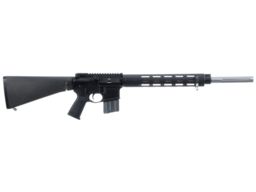 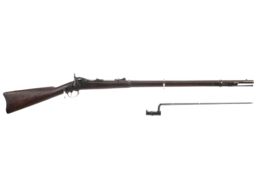 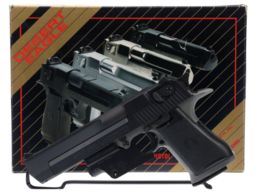 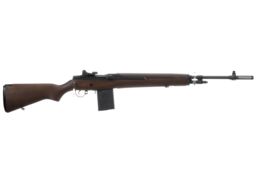 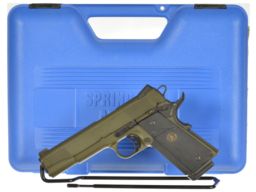 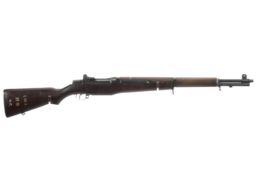