Founded in 1955, just after the end of the post-war prohibitions on German firearm production. The Willi Korth firm produced only 7,141 revolvers between 1964 and 1981. Each revolver was bench made by one of five full-time gunsmiths, producing only about 120 total revolvers annually with each individual revolver comprising approximately 70 man-hours of work and 600 distinct manufacturing operations. Unlike the then standard mass produced revolvers, Korth components were neither cast nor milled, instead the individual parts were ground from steel forgings and individually hand-fit. 397 revolvers in this configuration were manufactured between 1971 and 1973 with this example manufactured in 1971. The 26,000 series features several innovations on the original Korth design including the shrouded ejector rod with second cylinder lock, new cylinder release lever on the rear right of the frame, and replacing the exposed coil mainspring with a sleeved telescopic design inspired by the MP38 recoil spring. Ramped patridge blade front and adjustable rear sights, standard markings and German proofs, small import marking on the frame under the cylinder, serrated trigger with adjustable stop, wide serrated hammer, and finely checkered thumbrest target grips. 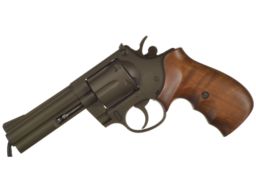 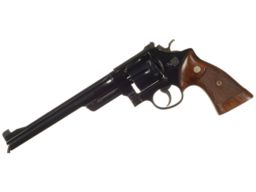 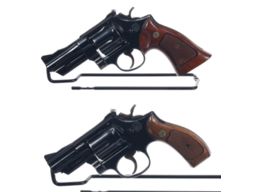 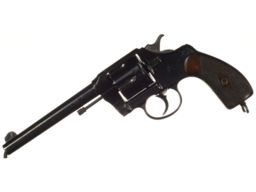 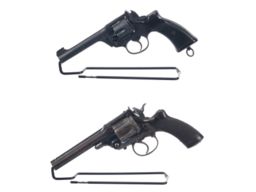 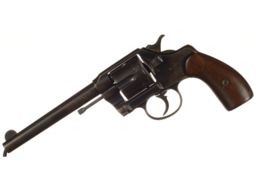