The grouping includes two 10 1/2 inch finned barrels with .30 caliber bores, and a single magazine marked with the Birmingham Small Arms logo followed by "PATENT No. 148024" and "CARTRIDGE .30 MAUSER". The barrels closely resemble the pattern used for the Birmingham Small Arms licensed copy of the American Thompson submachine gun. Originally developed in 1926, the BSA Thompson used the standard Thompson mechanism with a redesigned lower, and a more traditional designed rifle stock. Further development led to the Model 1929 which was developed for multiple calibers including 7.65 mm Mauser automatic (.30 Mauser) primarily for the British market. The barrels have an overall polished blue finish and appear to be unfinished as they have no compensator or front sight and the chambers have not been cut (rifling runs from muzzle all the way to the breech). It is estimated that only about 10-15 Model 1929 submachine guns were manufactured, making surviving examples very rare, and existing components scarce. 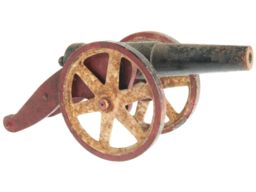 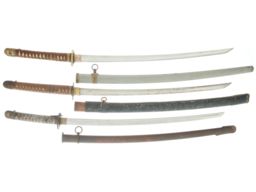 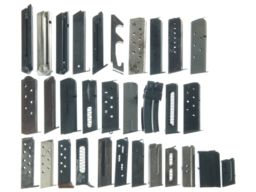 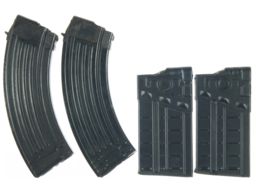 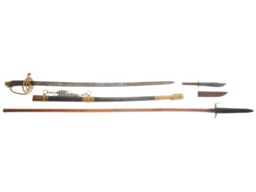 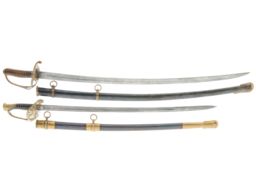