Fine overall. This extraordinary historic rifle has the delicate balance of signs of genuine use on the American frontier while remaining in fine overall condition. 20% original bright blue finish remains on the barrel and magazine tube mainly in the protected areas on the lower barrel flats and upper areas of the magazine. The receiver, hammer, lever, and buttplate have traces of naturally subdued original case colors, especially on the hammer and tangs. There are areas of silvered out case color, and most of the remaining metal surfaces display that smooth blend of well-aged gray and brown patina you expect to find on firearms that were actually part of historic battles during the conquering of the West. The wood is also fine and has partially smoothed checkering from years of handling, smooth finish, exceptional figure on the butt, some mild dings and scrapes, a chip at the toe, and overall lighter wear than you'd likely expect from a genuine frontier used firearm. The set trigger need some work, but the rifle is otherwise mechanically excellent. The pack saddle has moderate overall wear including some cracking of the aged wood but is an attractive western artifact and retains some of the original fur on the straps. This rifle remained in Stuart's family and is documented as having been used extensively by Stuart, including during the famous vigilante raids of the Stuart's Stranglers and was then owned by a select few renowned American arm collectors, including the late Norm Flayderman and John E. Fox who have each left a lasting legacy in our hobby. This is the kind of chance that comes once in a lifetime. This is the kind of immensely rare and collection defining rifle that collectors treasure to their final days and that a family understandably holds onto for generations. It has been an absolutely pleasure to describe and research this rifle, and we are fortunate to offer it at auction. Provenance: The John Fox Collection. 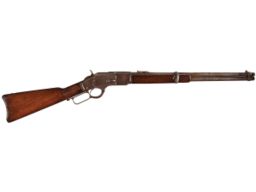 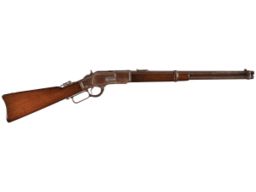 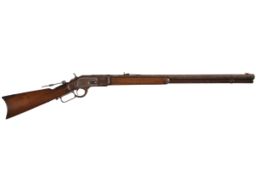 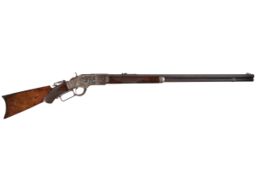 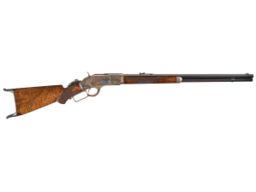 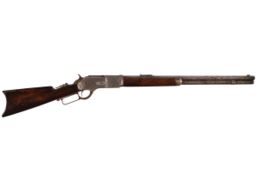