The Model 1819 Hall rifles were manufactured from 1817 to 1840. There were a few years in between without production. This example is dated 1831 making it from the final production run (1827-1840) and is the second production type (1826-1838). Designed from the ground up by John Hall including the machinery and methods of manufacturing, these rifles were very innovative for the time and are considered the first firearm to successfully achieve true parts interchangeability, the first nationally adopted breech loading firearm, and also the first breech loading firearm to see widespread military use. In 1826, a government commission disassembled 100 Hall rifles, mixed up the parts, and re-assembled them on newly received stocks with no reported problems and thus confirmed Hall's success. Standard offset blade and notch sights, button head ramrod, "J. H. HALL/H. FERRY/US/1831" on the breechblock. This example has been converted to percussion, which was commonly done by the Confederacy during the Civil War.

Very good as converted to percussion with smooth brown surfaces, some light flash pitting, minor dents on the muzzle and rear of the barrel. Stock is also fine as re-oiled, some scattered light dents and scratches, and a repaired section behind the upper tang. Mechanically excellent. 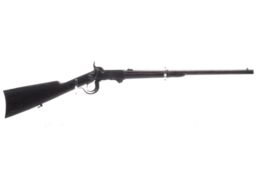 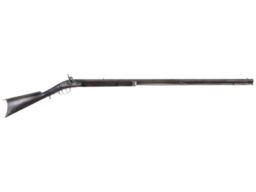 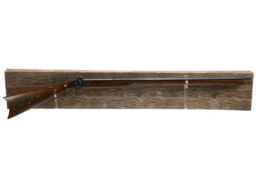 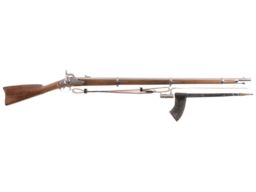 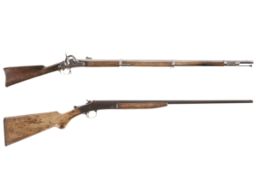 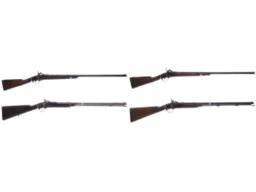