Excellent overall. The engraving and markings remain exceptionally crisp. The barrel retains 95% plus of the bright high polish original blue finish and has a few small spots of flaking where the exposed steel shows a smooth brown patina. The cylinder retains 85% plus of the original blue finish and also has primarily a smooth brown patina on the balance. It also has a crisp roll-scene, light drag lines, and solid safety pins. The hammer and frame retain 97% plus of the vivid original case colors. The loading lever has 80% original case colors and mostly a smooth gray coloration on the balance. Essentially all of the original silver plating remains on the grip frame, and the silver has taken on an attractive age darkened patina fitting for a revolver that has been scarcely even handled over the last nearly 170 years. The metal overall shows very minimal light handling and storage marks, very slight edge wear, and minimal spotting on the muzzle and face of the cylinder. The grip is also excellent and exhibits highly attractive natural tones and grain, an aged patina, and minor handling and storage wear. Mechanically excellent. The case and accessories are very fine and have only minor storage wear such as some fading of the lining and light scratches on the exterior of the case. This is a truly magnificent and well-documented early factory engraved Colt. It is one of just a very small number known today that are listed by serial number on the "Young lists." As R.L. Wilson wrote in the 1968 dated Colt factory letter, "The outstanding condition, the fine. . . grips, engraving, and finish, and the rich casing would make this cased pocket pistol a very desirable collector's item even without the extensive accompanying documentation. It is a set worthy of the most discriminating collector or museum." A truly extraordinary Colt! 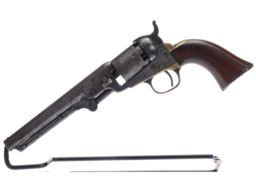 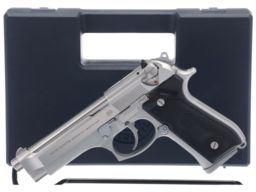 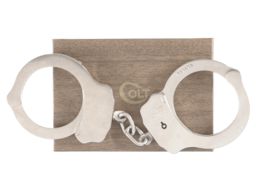 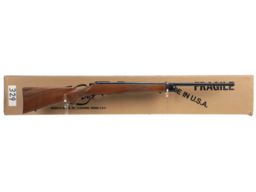 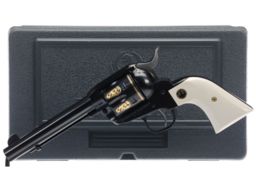 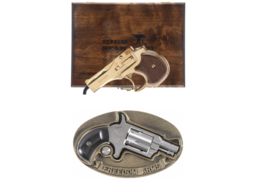