Manufactured in Belgium and imported in the early 60s, the "G Series" FAL rifles had a complicated relationship with the BATFE. Originally cleared for import as semi-automatic rifles, further review of the design led the ATF to conclude that the item was too easy to convert to full-auto; the G-Series FALs were essentially the same firearm as FN's military contract battle rifles, with only some minor part swapping dividing the two. The rifles that had already cleared customs were given a pass, resulting in a limited number of "original" FN FALs available on the American market. This rifle's serial number falls within a range (G2247-G2996) noted as Curio & Relic by the ATF. Post front and adjustable peep rear sights, long flash hider/bayonet lug, and an adjustable gas port with grenade setting. The upper receiver bears the one line Herstal address and "F.A.L. cal. .7.62". Matching serial numbers are present on the upper receiver, lower receiver, bolt carrier and bolt. Original style "S/R/A" markings are present on the trigger group, with a proper two-position selector switch. Fitted with a green ventilated triangular forearm, plastic pistol grip, and a wood buttstock with steel buttplate. Includes a brown leather sling. Magazine absent. 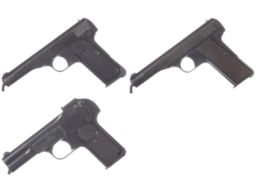 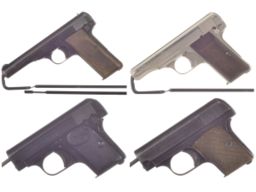 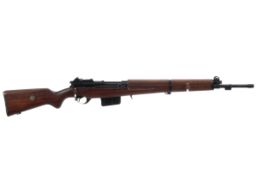 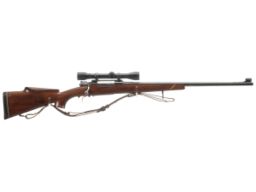 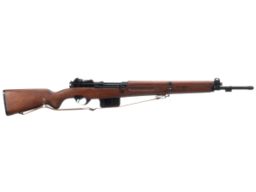 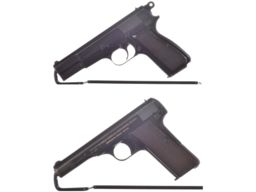