Manufactured in 1912, the first year of production of the commercial Government Model. This pistol represented the cutting edge of firearm technology and was highly sought after by military personnel and civilians alike. This particular example exhibits the early production lustrous high polish blue finish and nitre blue small parts, as well as the early, four digit serial number on the left of the frame as seen on only the first 2,250 Government Models, and the early "GOVERNMENT MODEL" marking on the front right of the frame. The slide bears the two-line, two-block address and patent markings on the left side with the circled Rampant Colt behind the serrations and the caliber markings on the right. "VP" and "K" are on the trigger guard. Fitted with fixed blade and notch sights, a set of diamond pattern checkered grips, replacement "P/H" marked barrel, and a "B" marked later production two-tone military magazine. Provenance: The Gus Cargile Collection

Fine, retains 40% of the original high polish blue finish and 50% of the original nitre blue with the balance mostly a smooth grey-brown patina, primarily on the grip straps and edges, and some cold blue touch-up on the frame around the trigger guard. The grips are very good with some light handling marks and a few mild flat spots in the overall crisp checkering. Mechanically excellent. 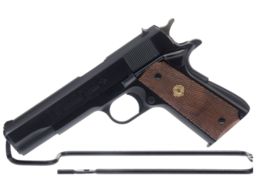 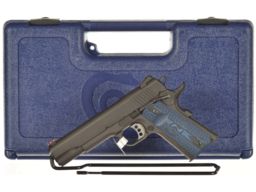 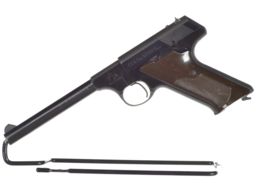 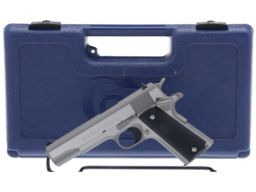 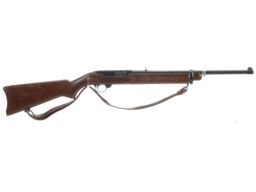 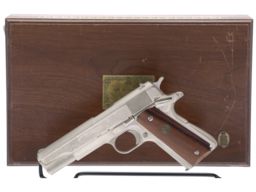