Manufactured by Steyr-Daimler during World War II, this rifle bears an "X" arsenal applied strike mark above the standard "bnz/43" receiver markings and mixed parts numbers, both typically associated with weapons that fell into Soviet hands during and after World War II. Many weapons so captured, rendered obsolete by the adoption of the SKS and AK-47 rifles, were pieced out to other nations as military assistance. The included war trophy registration forms document this rifle by serial number (sans suffix) to then-Captain Roger C. Bultman of Company D, 1st Battalion, 12th Cavalry on July 7, 1969, operating in the area of Tay Ninh. A handwritten narrative signed by Bultman describes the circumstances of the capture; while on patrol (date and region unspecified) and leading his unit, Bultman was shot directly in his M1 "steel pot" helmet by an ambusher posted up in a tree. Bultman came away from the encounter with a headache, a dented helmet, and this rifle, while his ambusher was promptly killed by return fire. Blade and notch sights, with the aforementioned receiver markings, a matching number added with electric pencil on top of the bolt body, "93" on the side of the stock, and a tan nylon sling.

Very good, with 60% of the dull arsenal refurbished blue finish, showing heavy pitting on the buttplate, light spotting elsewhere, and mild handling marks. The stock is good, with an oversize buttplate and some light dents and scuffs. Mechanically excellent. 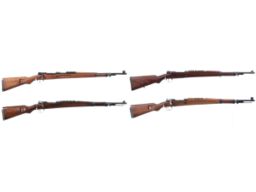 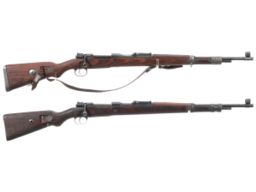 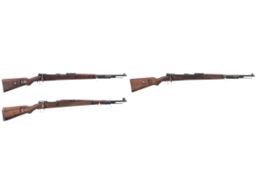 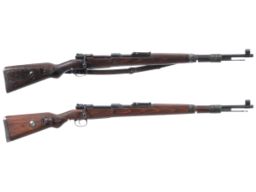 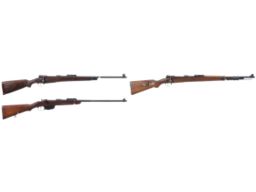 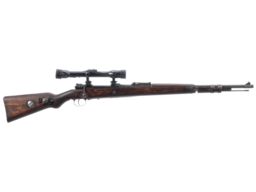