Unique four shot pistol manufactured on contract and sold by C.S. Shattuck Arms Co. (misspelled "SHATUCK" on the side of the gun by contractor) of Hatfield, Massachusetts. Follows inventor Cornelius Vanderbilt, Jr.'s patent number 1,176,003 originally filed November 6th, 1915 and granted on March 21st, 1916. An example is photographed in Winant's book "Firearms Curiosa" and on pg. 82 it states, "There are four short barrels bored in a solid steel block which drops for loading when a vertical catch is released. The gun is gripped in the hand and fired by squeezing a sliding part which operates a rotating firing pin." 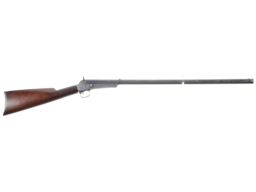 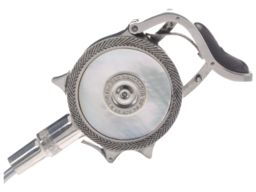 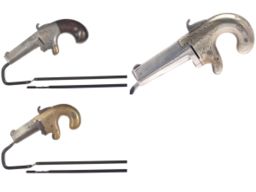 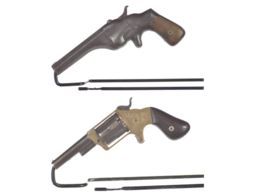 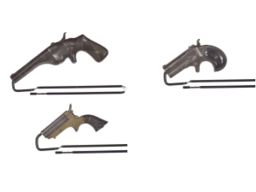 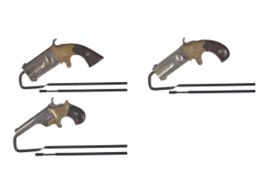