Manufactured in 1910, this Winchester Model 1892 Rifle was later scroll and game scene custom engraved and presented to the King of Rock & Roll Elvis Presley (1935-1977). The accompanying letter from H.A. Swartz states that this rifle was formerly of the Elvis Presley gun collection, the gun was "presented to [Presley] after one of his movies had been released," and in May 1976 Presley gifted the gun to Swartz. In the letter, Swartz also states that the rifle was class B engraved by the Winchester Custom Shop (writer disagrees with the aforementioned statement.) Swartz first saw the engraved rifle in June 1975 when he inspected Presley's gun collection. "I was so taken with this particular gun I tried to buy it at that time. I continued trying for the next six to eight months. Mr. Presley told me the gun had been presented to him after one of his movies had been released and since it had been a gift to him it would not be proper for him to sell it. Much to my surprise, in May of 1976, Mr. Presley gave me the rifle, on my birthday as a birthday present." Two additional 1986 dated letters from the Elvis Presley Museum state that the rifle was on display at the Museum from 1982 through 1985 and confirm prior ownership. The barrel is fitted with a dovetail Lyman front sight (bead absent) and an elevation adjustable rear sight. The upper left barrel flat is stamped with the two-line address/patent dates as well as "32 WCF" at the breech. Winchester factory oval proofs are stamped on the barrel and receiver at the breech. The receiver features scrollwork on a punch dot background, a bighorn sheep scene on the left side and an eagle on the right side. Additional scrollwork decorates the forend cap and barrel towards the breech and muzzle. The forearm and straight grip stock are plain walnut, and the stock is fitted with a crescent buttplate. Well known for his hit music spanning multiple genres such as rock & roll, country, gospel and blues and coming of age teen movies, Elvis Presley, simply known as The King, is the quintessential American cultural icon who, even 40 plus years after his death, retains an enormous international fan base. Since the release of his debut studio album "Elvis Presley" in 1956, demand for personal effects from The King of Rock & Roll continues to dominate the pop cultural memorabilia market. In his personal life, Elvis had a well-documented interest in firearms. When he died in 1977, The King was reported to own 37 firearms, including one machine gun.

Very fine as custom embellished and presented to actor/King of Rock and Roll legend Elvis Presley. Retains most of the custom high polished blue finish. The engraving is crisp. The refinished wood is also very fine with minor handling marks. Mechanically excellent. An interesting piece of Elvis memorabilia with well-established provenance that will make a great addition to any Elvis or historic arms collection. 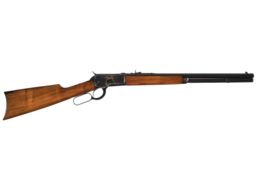 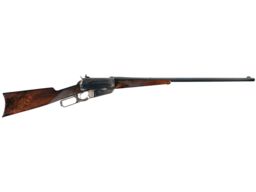 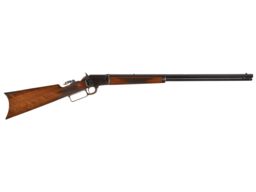 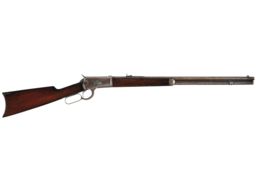 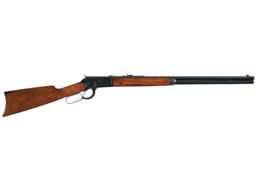 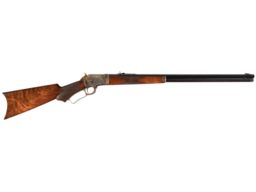