This sword was likely made sometime in the 12th-14th centuries. Showing characteristics of an evolutionary period between the earlier spatha or Carolingian style swords, as well as features of later swords, it would most likely be categorized as an Oakeshott Type X. These weapons were are very closely associated with the rise of chivalry and knighthood in Western Europe and are generally cruciform one-handed weapons before further evolving to hand-and-a-half and two handed weapons with more complex guards during the later Middle Ages. This example has a fairly narrow blade, 1 1/8 inches just above the guard, and shows a fairly rapid taper to a fairly fine point. The blade has a lenticular cross section with possibly the remnants of a shallow central fuller running a quarter of the length. The guard is made up of simple straight quillions, typical of the period. The tang is wide and flat with the original grip absent and is fitted with a large "wheel" pommel with a recessed center and beveled rectangular tang button. The overall length is 40 1/2 inches, 34 1/8 inch blade, and 4 inch grip area. A previous record of sale notes that this sword was previously part of the collections of the Museum of German History in Berlin.

Very good as in excavated condition, showing mostly a grey patina showing some notches and edge loss on the blade, moderate pitting/corrosion overall, and generally solid form for a piece of its age. An excellent addition to any antique arms collection! 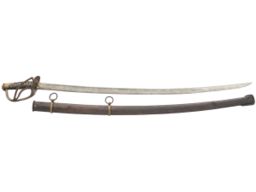 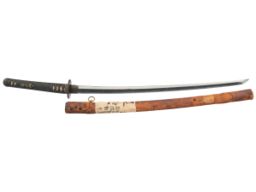 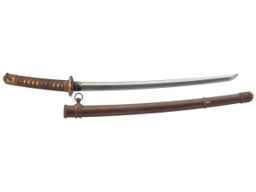 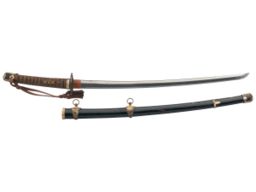 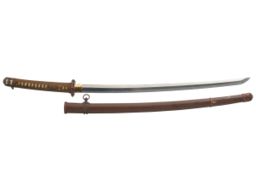 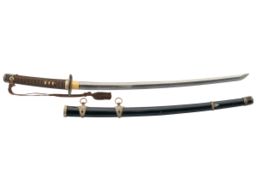