A spiritual successor to the Tankgewehr of World War I fame, the Pz.B.39 (Armor Rifle of 1939) was designed as a single shot falling block rifle firing a specialized variant 7.92x94mm rifle round at high velocities to penetrate armor. While mostly dependent on raw kinetic energy to breech plating and hitting vulnerable components and crew, there was reportedly a somewhat fanciful round intended to punch into tanks and expose the crew to chemical weapons. Like most AT rifles developed between the wars, the Pz.B. found itself struggling to keep up with the growing thickness of tank armor and was made obsolete by the propagation of grenade and rocket warheads based on shaped charge technology. Most of the Pz.B. rifles in stock were repurposed as grenade launchers, with their original muzzles cut off and 98k-style launcher cups permanently affixed, receiving the new designation Gr.B.39 (Grenade Rifle of 1939) in the process. Very few of either the Pz.B. or Gr.B. rifles made it stateside, as their bulk made them unpopular war loot, making this rifle doubly scarce. Hooded blade front and notch rear sights, with a single chamber muzzle brake, a machine gun bipod installed on a collar integral to the barrel, and a swiveling carry handle further back. Both the barrel and receiver are "Pz.B.39" marked and "WaA623" marked, with the receiver also bearing the "bnz/41" manufacturer/date code, with a spring loaded dust cover, manual safety, and ribbed pistol grip that doubles as the breech lever. No serial number is present on the receiver, and it does not appear to have ever had a serial number. The ribbed forearm is fitted with a bracket on each side to hold an ammo carrier block (not included), and the hinged under-folding stock is fitted with a rubber cheekpiece and a hinged, padded buttplate.

Very fine, with 85% plus of the original blue finish, showing scattered mild spotting, areas of brown patina, and mild handling marks. The forearm shows some scratches and dents. Mechanically excellent. Difficult to find in any condition, and a high rarity in the field of World War II arms collecting, typically missing from all but the most advanced groupings of WWII/Third Reich firearms; it's been years since the last time we've had one, and may be years before we see one again. 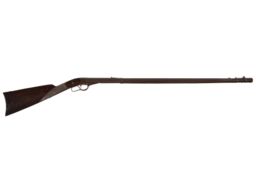 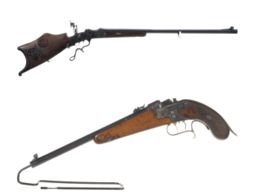 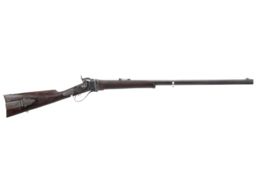 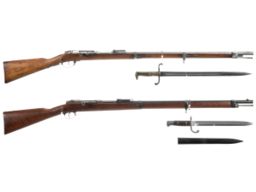 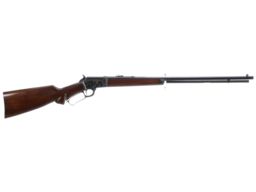 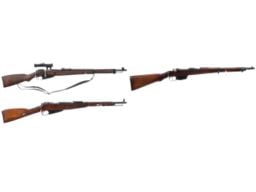