Colt's five shot "House Pistol" was part of the House Model line that debuted in 1871 and was one of Colt's first two cartridge revolvers. Only 2,150 were produced in this configuration and manufactured circa 1874-1876. This example was produced near the end of production. The final serial number is estimated to have been 9952 suggesting this revolver was produced in the final weeks of production. It has the standard markings and features including matching serial numbers on the barrel, butt, and grips. Provenance: The Milan J. Turk Collection

Very fine. 85% of the bright original blue finish remains on the barrel and cylinder. There are some patches of oxidation and gray patina on the balance. The hammer and cylinder pin retain strong niter blue and fire blue colors. The frame displays an attractive aged patina. The grips are also very fine with limited minor scratches and dings. The action functions fine, and the markings are crisp. 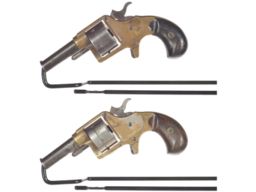 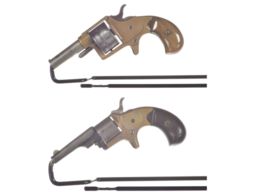 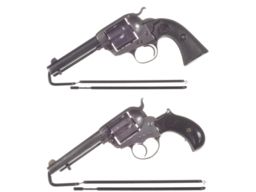 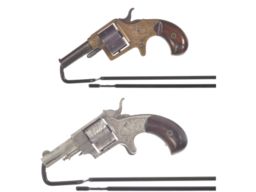 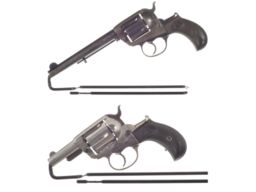