This World War II A-2 flight jacket (contract no. W535ac27753, unmarked label) was worn by a crewmember of the B-24 “Lucky Lucille.” In Wallace Forman’s “B-24 Nose Art Name Directory,” “Lucky Lucille” is identified as flying with the 43rd Bomb Group, 65th Squadron (page 44). A photograph of the B-24 “Lucky Lucille” is included, and the nose art perfectly matches the painted illustration covering much of the back of the jacket. Below the “Lucky Lucille” nose art on the jacket are 32 bombs denoting 32 sorties. Two bombs in yellow possibly signify missions where “Lucky Lucille” was the lead bomber. The jacket carries additional painted insignia and motifs, including AAF insignia on left shoulder, script “Frankie” name tag in a banner on the left chest, and a caricature of Japanese Prime Minster Tojo Hideki getting whacked by a U.S. bomb on his derrière on the right chest. A patch and name tag have been removed from the left chest. The jacket has a National zipper. The 43rd Bombardment Group was assigned to the South West Pacific Area, consisted of the 63rd Bombardment, 64th Bombardment Squadron and 65th Bombardment Squadron as well as the 13th Reconnaissance Squadron as an attached unit but was later designated the 403rd Bombardment Squadron, arrived in Australia in March 1942, and operated B-17s until transitioning to the B-24 Liberator in the middle of 1943. The 65th BS experimented with low level skip bombing which had some success at the Battle of Bismarck Sea (March 2-4, 1943), moved to the Philippines in late 1944, conducted strategic bombing missions in China and Formosa and attacked Japanese shipping, airfields and railways. The squadron went on to operate some of the most iconic early Cold War U.S. strategic bombers including the B-58 Hustler, the USAF's first operational supersonic bomber. Provenance: The Putnam Green/Sycamore Collection

Very good, with cuffs and waist band showing some scattered wear, tears in the lining, and worn collar. The nose art, Tojo caricature and name tag show most of the vivid original paint. This Pacific Theater A-2 flight jacket identified to a crewmember aboard the B-24 "Lucky Lucille" will make for an impressive addition to any World War II aviation collection. Pacific Theater A-2 jackets linked to a B-24 crew are seldom encountered. 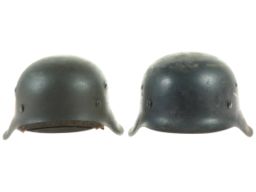 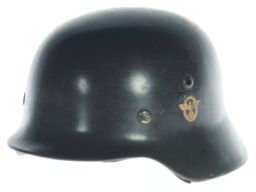 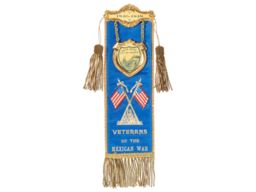 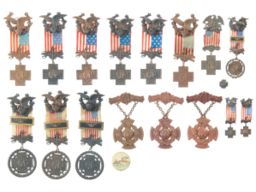 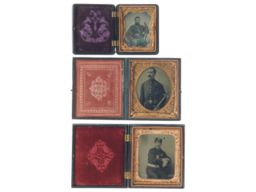 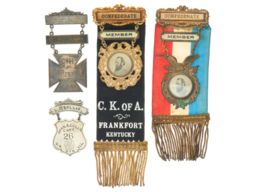