The Gibbs carbine is one of the scarcest and best designed carbines used by Union forces. Only 1,052 Gibbs carbines were manufactured by William F. Brooks of New York City at the Phoenix Armory and delivered to the U.S. government in 1863 due to the factory being burned down during the New York Draft Riots in that same year. Around 500 of these were issued to the 10th Missouri Cavalry and smaller quantities were issued to the 13th and 14th New York Cavalry. "Wm F. BROOKS/MANFr NEW YORK" marked on the lock ahead of the hammer with the patent date marked on top of the breech.

Very good, bright gray patina overall with scattered light pitting, traces of original blue finish in protected areas on the barrel, and clear markings and edges in the metal. Modern replacement hammer screw. Stock is also very good as lightly sanded and re-oiled, with a light crack visible on the underbelly, and some light handling marks. Mechanically excellent. 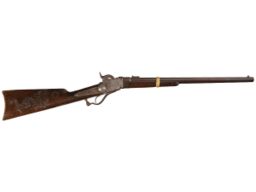 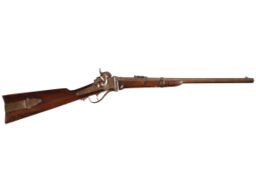 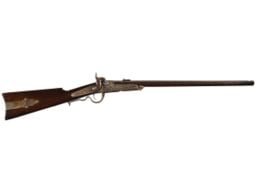 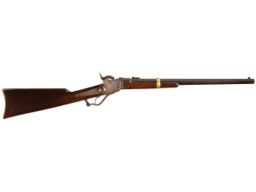 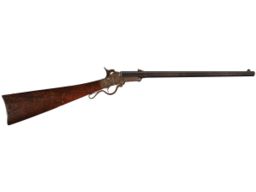 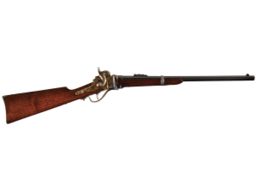