Known by the "Ub" (Ubung, test) stamp added to the chamber region, Mauser put together a number of Luger pistols from available parts to act as test pieces for various purposes. Some are reported as having been used to test ammo, or cut away for demonstration purposes, to more extreme variations like one reportedly seen with a gas port cut into the barrel. As they were only put together to meet a limited need very few were prepared, and only a small number are believed to have made it to the States, with Still's book "Third Reich Lugers and their Accessories" noting only six known examples, with this pistol called out by number and markings. Fixed sights, with the "Ub" stamp over a "1939" date on the receiver, "S/42" code toggle link, and "A" struck on top of the "42" marked barrel. The frame is numbered "0218", the receiver "1916", toggle components (sans firing pin) numbered "11" and mixed or absent numbers on the other components. The left grip panel has been branded "Ub/A", with white paint fill.

Very good, with varying levels of blue on the individual components, with the frame and toggle assembly having mostly turned a mixed gray, a blue and brown tone to the receiver and side plate, and a deeper blue to the barrel, with mild spotting and handling marks overall. Mechanically excellent. 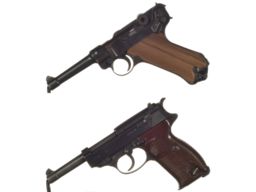 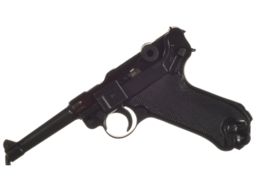 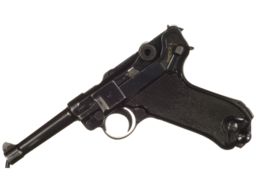 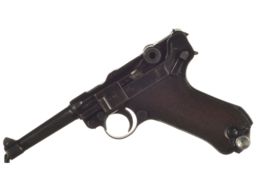 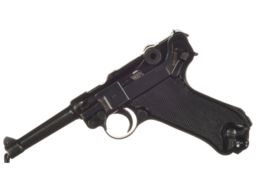 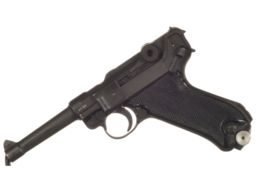