The left side of the chamber area of the barrel extension has the three-line patent/DWM marking. The toggle is marked "DR.P./No 75837." "Crown/letter" proofs are present. Comes with a shoulder stock and cheekpiece. These are highly desirable and not encountered near as often as the Loewe produced example, and are the direct predecessor to the DWM 1899/1900 Luger pistols. Originally marketed under the name Waffenfabrik/Loewe/Berlin, but sometime around 1895 that company merged with the Deutsche Matallpatronenfabrik of Karlsruhe forming the new company of DWM. Note: the left side of the toggle assembly on this pistol has been repaired, therefor prior to any actual firing of this weapon it should be thoroughly inspected by a competent, knowledgeable gunsmith. 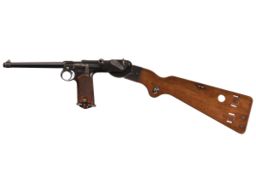 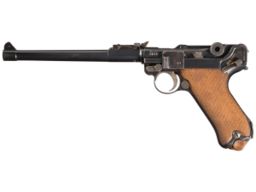 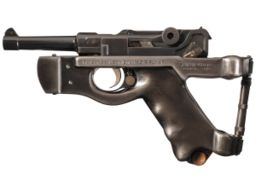 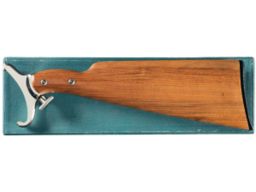 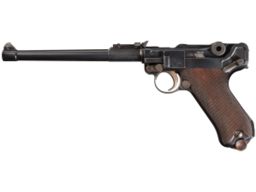 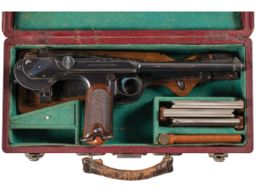