This experimental series of pistols, like the demonstration series, are believed to have been produced sometime after mid-1943, and were primarily utilized to test changes in production with the goals of improving efficiency and quality. It is believed that less than 100 experimental pistols were produced in this series. Many of the pistols in this series show features that never made it to full production, such as No. ERRS 38, pictured on p. 315 of "Colt .45 Service Pistols: Models of 1911 and 1911A1" by Clawson, which is fitted with an experimental pair of black plastic grips. This example, No. ERRS 35, appears to have been a test of a more polished blue finish, which was a major departure from the matte parkerized finish present on most Remington-Rand produced 1911A1 pistols. Provenance: The Dr. Robert Azar Collection 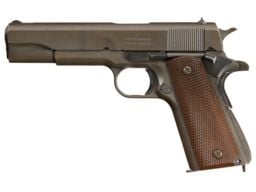 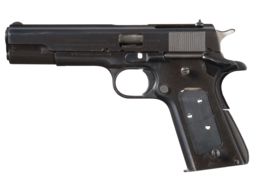 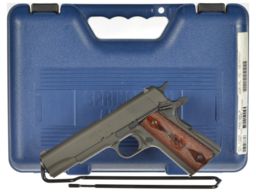 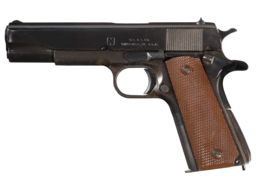 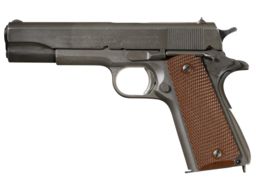 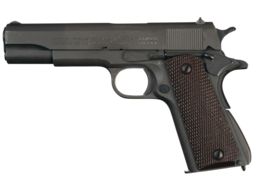