Approximately 200 pairs of these pistols were made for Philip d'Auvergne, Prince of Bouillon, in the mid-1790s. 100 pairs were by Henry Nock. The Prince of Bouillon was the commander of the Channel Islands in 1796-1806 during the French Revolutionary Wars. He had previously served in the Royal Navy during the American Revolution. 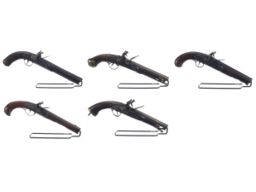 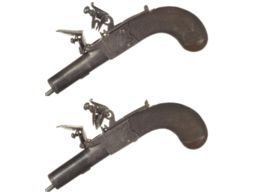 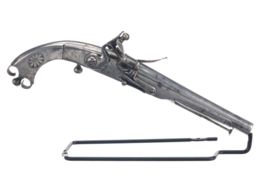 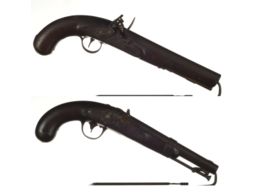 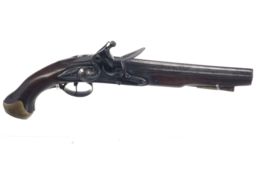 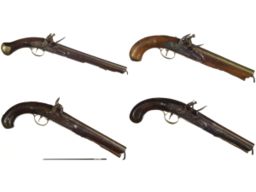