Stevens Vietnam Era Model 77E Riot Gun with post war trench gun modifications and M1 Garand grenade launcher. The shotgun has a parkerized barrel and receiver with black-finished wooden stock and forearm. The stock is fitted with a red-brown rubber recoil pad with black spacer. The barrel is fitted with a blued, four-hole Winchester Model 12 type heat shield and Winchester style bayonet adapter. The bayonet adapter has been modified to accept the M5 Bayonet for the M1 Garand Rifle. The adapter is fitted with a M7 Rifle Grenade Launcher designed to be mounted on the M1 Garand Rifle. There are two sling swivels on the stock and barrel and a third sling swivel on the bayonet adapter. The top of the shotgun receiver is stamped with a "P" proof mark and the right side of the receiver is roll-stamped with "U.S." at the front edge and the serial number "29427" above the trigger guard. The left side of the barrel is roll-stamped with the two-line Stevens legend and the top of the barrel is stamped with a "P" proof mark. The bottom of the grenade launcher is marked: "KM/M-7 LAUNCHER/M1 RIFLE". Large numbers of Steven Model 77E Riot Shotguns were supplied to the South Vietnamese Army during the Vietnam Conflict. Apparently some of these shotguns were subsequently fitted with Winchester type heat shields and bayonet adapters modified to fit the U.S. M5 Bayonet and were sold to an Australian importer. These shotguns are described in detail on page 189 of "COMBAT SHOTGUNS" by Bruce N. Canfield.

Very fine as arsenal refurbished. The shotgun retains 75% of the thin parkerized finish on the barrel and receiver. The heat shield has 97% of the blue finish and most of the parkerized finish is present on the bayonet adapter and grenade launcher. The stock and forearm are also in fine condition. The stock has nearly all of the black finish; the forearm shows expected finish loss form handling. The barrel and receiver markings are sharp. The grenade launcher is not original to the shotgun but has the same mounting stud as a M5 Bayonet and apparently was fitted by a previous owner. This is an example of a post Vietnam War modification of the Stevens Model 77E Riot Shotgun that was apparently performed by the Communist government of Vietnam on captured 77E shotguns. 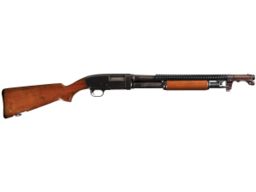 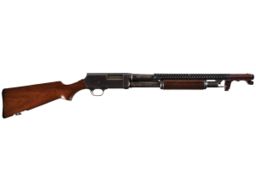 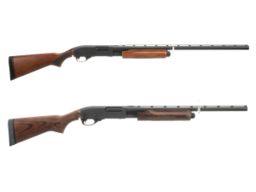 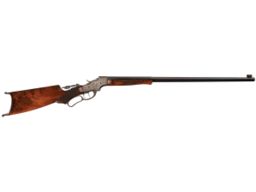 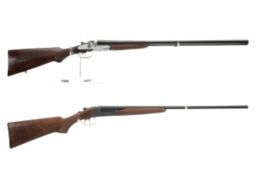 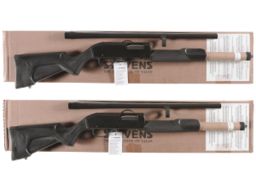