Developed by a Swedish engineer in 1938, the principles behind the Snabb Alteration make it possible to modify any military Mauser, Springfield, Enfield or Mannlicher into a semi-automatic weapon. A long gas trap is fitted to the muzzle, which runs to a gas tube, driving an operating rod. The original bolt of the weapon has been altered to accept this rod, with the handle shortened, a safety screw installed into the firing pin hole, and a dust cover installed on the rear of the receiver, which encloses the bolt and the new mechanisms. An extension has also been installed on the magazine, a safety switch on the right side of the cover, and the trigger mechanism has been fitted with an extended trigger bar and a disconnecting sear for semi-automatic fire. Stock is American walnut in a thumbhole pistol grip configuration, with sling swivels and a checkered buttplate. Well balanced with a simple, rugged design, the Snabb was intended as a low cost alternative to replacing large stocks of bolt action rifles with new semi-automatics. Though mechanically successful, the higher than anticipated price, coupled with the outbreak of the Second World War, ruined the Snabb's chances. The rifle is complete with lengthy copies of the history of the rifle in French.

Fine as period experimental modified, with 50% of the blue finish, mixed with a gray patina. Pin prick type pitting is visible on the receiver, some parts have been left bright and show a brownish gray patina with some minor oxidation, and the buttplate shows moderate to heavy oxidation. The stock is good with exception of a fill repair on the left front of the forearm and on top of the buttstock at the receiver, otherwise a few scattered minor dings, dents and scratches. The original markings are clear. Mechanically fine. 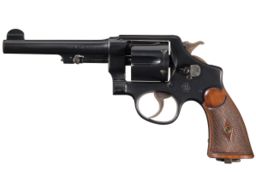 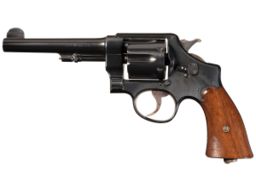 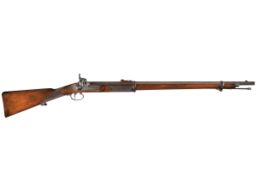 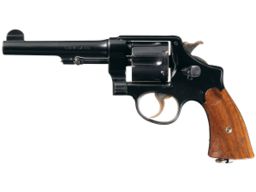 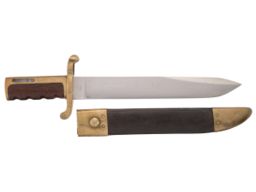 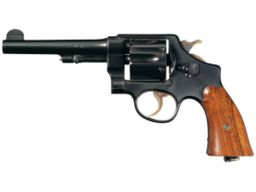