Produced before the outbreak of World War II, this is an exceptional and as new original Smith & Wesson Mark I Light Rifle. Submitted for evaluation to both the U.S. and British armies, the Light Rifle was considered unsafe, and was passed up in favor of the M1 Carbine. The majority were destroyed during and after testing, including a dramatic incident where a large number of British Mark I's were chopped in half and thrown into the English Channel, leaving only 100-125 in the States today. According to information supplied by a previous owner, this rifle was part of a grouping discovered in the S&W warehouse, still in the 10-gun crate in which they were shipped, apparently never having been delivered. Included with the weapon are a number of sales documents, photographs of the cased grouping, magazine and book excerpts and correspondence with noted expert Roy Jinks. Configuration is standard, with blade and adjustable notch sights, fluted barrel, open bolt operation, combination magazine well/ ejector port and smooth pistol grip stock with ribbed metal buttplate.

Near new, with a few minor handling marks on the 99% original factory blued finish. Mechanically excellent. A superb example of a very scarce military arm. 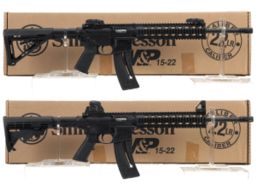 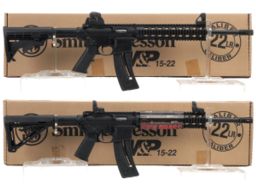 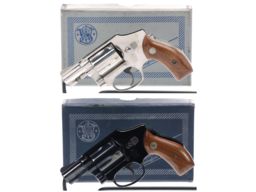 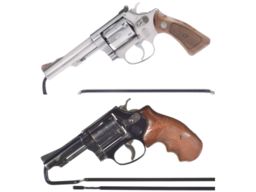 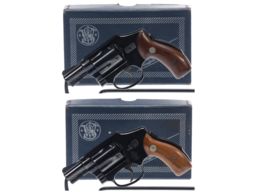 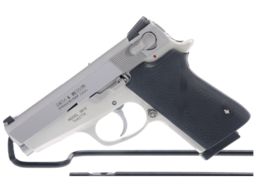