Fine. The knife shows the finish wear expected of a weapon carried during two years of combat; 30% of the original blue finish are present on protected areas of the blade and pommel. The blade has a smooth bright finish with no nicks in the edge and no scratches or pitting. The very fine leather grip washers show moderate handling wear with some nicks in the side. The tip of the pointed steel pommel is sharp. The scabbard is in very good condition with moderate handling wear. The stitching is tight and all of the staples and rivets are in place. The scabbard has the original russet leather tie-down strap. This is a fine example of a rare, fully documented, 1st Special Service Force V-42 Combat knife. 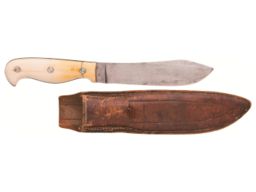 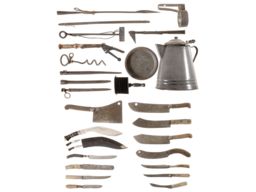 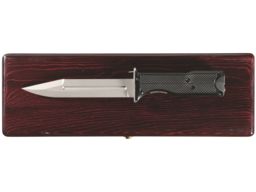 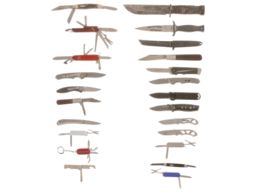 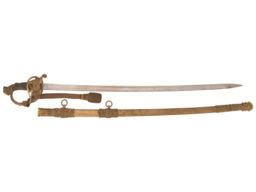 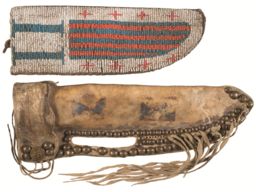