What a unique example of the most notable and certainly historic One-of-a-Kind rifles that actually belonged to Saddam Hussein and was the one used ceremoniously in numerous worldwide newsreels shown on national TV. This brutal dictator needs NO introduction to the American people, as he is one of the most despised and hated Middle East leaders of the 20/21st Century. This exceptional rifle is accompanied by several signed documents attesting to the historical background of this unique rifle and its ultimate capture/surrender in March 2004. The rifle in all respects is a standard M77 with standard features and markings, obviously originally made by the Sturm-Ruger Company in January 1988. The only additional features is that the top of the barrel has been nicely engraved in Arabic with his name of the date of presentation (probably done out side of the factory after delivery). The factory would not disclose who initially purchased this rifle, however it is clear and well documented where it ended up. The assumption is that this rifle, like the presentation FN Browning High power pistol we also have in this auction, was initially purchased by an individual in the U.S., made its way to the Middle East and was presented to Hussein as a gift, probably from the Saudi Royal Family as they had significant ties to the Hussein regime. This rifle is also accompanied by several written and signed documents verifying that this rifle was actually taken from the rubble of the Presidential Palace in Mosul by a group of the Sufi Islamic militia that later turned it over to a C.I.A. officer in March 2004. The rifle was eventually transported to the CIA Headquarters, where it was retained until the current consignor received it as an honorarium for his 29 years of Clandestine Service for the CIA. During his tenure in the CIA, he served in various tours of duty throughout the world, as the senior CIA officer in Baghdad, Iraq. Also included are a list of his accomplishments and awards, as well as two other affidavits detailing when and how this rifle was acquiring by the CIA, with the eventual deacquisition from the CIA and transfer from the CIA to the current consignor. A very unique and historic rifle that really belongs in a US Military Museum!

Very fine with 95% of the original factory blue finish overall. The stock is also original and retains 98% of the original finish with handling marks and minor pressure dents and dings on the sides of the buttstock. An impeccably well documented historic rifle that once belonged to one of the most known bad guys of recent times, the late Saddam Hussein! 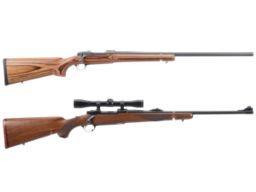 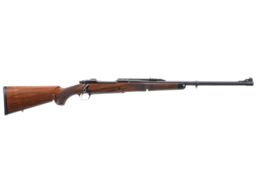 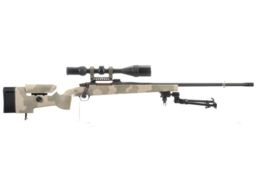 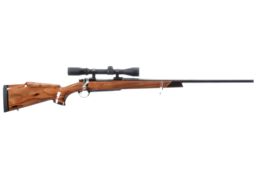 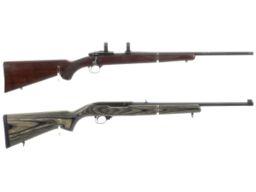 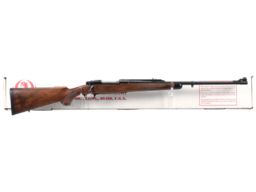