Produced by A.G. Stewart of Laramie City, Wyoming Territory, this CDV photograph (albumen photograph laid on a card) is of Robert Pilson wearing frontier style clothing and holding a Winchester Model 1866 Lever Action Rifle. Measures 2 1/2" x 3 3/4" with A.G. Stewart address printed on the back along with "From Robert Pilson/To/Miss Lizze Longworth/Miss Ida Longworth" handwritten in pencil. Robert Pilson was an Indian fighter and U.S. government scout. He was born in LaSalle, Illinois and at an early age moved to Moberly, Missouri. By the early 1860s, Pilson was living in Laramie, Wyoming, working as a U.S. government scout. It has been written that "up to this time he had not weighed over 200 pounds, but he now commenced to take on flesh so rapidly that it soon became a difficult problem to find horses of sufficient strength and endurance to carry the heavy weight scout." At the time of his death, Pilson weighed 529 pounds and was placed in a special order coffin of heavy oak braced in irons that weighed 1,000 pounds. As a scout, Pilson was captured and tortured by Sioux Indians. Pilson was released after his captives--believing that the scout did not show the signs of a tortured man--were of the opinion that he was an evil spirit. He fought in several Indian wars with the last being in 1878 and learned several Native American languages which allowed him to become a U.S. government interpreter. During the last decade of his life, Pilson was in the cattle business with Lord Ralli, a wealthy Englishman. Pilson's biography was obtained from an article that was written in the Chicago Tribune, circa 1899.

Very fine showing some typical staining for its age. CDV photographs showing firearms are rare. This is a great CDV photograph of a known frontiersman holding a Winchester Model 1866 rifle! 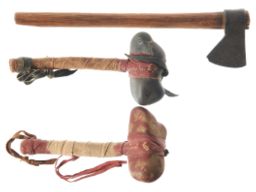 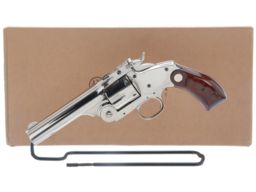 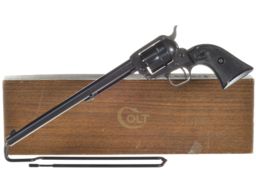 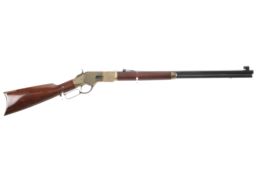 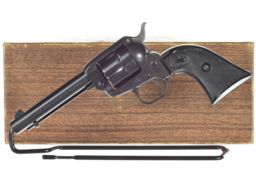 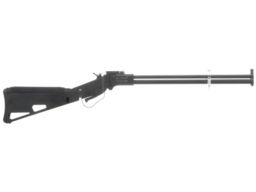