This is an extraordinary example of an iron frame Henry Lever Action Rifle manufactured by the New Haven Arms Company. Experts believe that the New Haven Arms Company manufactured between 200 and 400 iron frame Henry rifles. Serial numbers of known iron frame Henry rifles range from 2 to 355. Henry rifle authorities speculate that the New Haven Arms Company contracted with outside sources (Colt or the Arcade Malleable Iron Co.) for production of iron receivers, buttplates and other components due to initial difficulties in obtaining equipment to manufacture the larger components required for the new Henry rifle. The iron frame Henry rifles were sold concurrently with the more common brass frame rifles and discontinued a few months into production. The iron frame Henry rifle is the rarest and most desirable of all Henry rifle variations. The 24 inch octagon barrel and integral magazine, iron receiver and iron buttplate have a high polish blue finish. The few surviving Henry rifles in collections today rarely retain more than trace amounts of the original blue finish on the receiver and buttplate. This impressive rifle retains virtually all of the original blue finish applied by the New Haven Arms Company. The loading lever, trigger and hammer are color casehardened. The straight grain walnut stock has a high polish varnish piano finish. This rifle displays the distinctive features found on the earliest Henry rifles. Both the barrel and the receiver have rear sight dovetails. The folding leaf rear sight mounted in the barrel dovetail is the first variation with "1000" yard marking below the center notch, elevation bar with rounded edges and small "V" notch. The nickel silver front sight is the first pattern half moon style. The magazine has the early style small brass cartridge follower and the receiver has the early straight follower cut. In addition to the rear sight dovetail, the upper rear portion of the receiver has the slight bevel in front of the hammer found on early rifles. The receiver has the small trigger retaining pin. The loading lever is the first style with no spur and the lower receiver tang lacks the lever latch added around serial number "400". The iron buttplate is the first style with rounded heel. The cleaning rod hole in the stock has the beveled opening found on iron frame rifles. The buttplate has the early style hand fitted screws. The three tang screws are the early style used on the first Henry rifles. All of the screws appear to be indexed with the slots aligned with the axis of the bore. The rifle lacks the sling swivel on the left side of the stock and the sling hook loop on the left side of the barrel that were special order items on early production rifles. The top of the barrel is roll stamped with the two-line legend "HENRY'S PATENT. OCT. 16.1860/MANUFACT'D BY THE NEWHAVEN ARMS CO. NEWHAVEN. CT." ahead of the rear sight. The markings are the small first style format that features "NEWHAVEN" in block letters and the remainder of the legend in serifed letters. The serial number "49" is stamped on the top barrel flat between the front sight and the receiver. The rifle was not disassembled to examine the serial numbers on the tang screws, lower tang, stock, buttplate screws and buttplate. Included with the rifle is a rare four piece hickory Henry cleaning rod in nearly new condition. Provenance: Mac McCroskie Collection

Near new. The rifle is in amazing condition with nearly all of the original finish. There are several tiny flakes of finish loss on the top of the receiver behind the ejection port and several shallow dings present on the top edges of the side plates. The side plate joints are perfect. The buttplate retains most of the original bright blue. The hammer, trigger and loading lever retain nearly all of the case colors. The stock is in the same exceptional condition as the other components and retains 99% of the original piano finish varnish with minimal handling marks. This rifle is especially remarkable because it is a production rifle that somehow survived in nearly new condition for over a century and a half. This rifle is the finest known example of the most desirable variation of Henry rifles. It is a one of a kind rifle that can never be duplicated or improved upon! This is a once in a lifetime opportunity to acquire the finest example of certainly the most historic model of an iconic American cartridge loading repeating rifle! 3/6/17: Read Our Latest Blog On Another Iron Frame Henry here https://www.rockislandauction.com/blog/the-confederate-iron-frame-henry-rifle/ 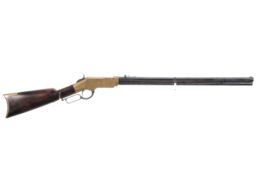 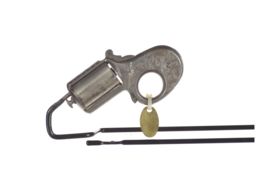 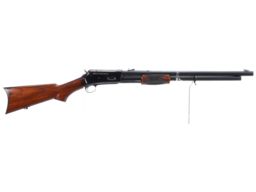 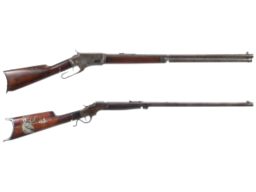 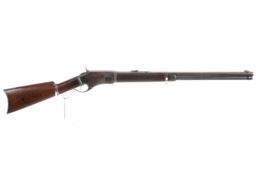 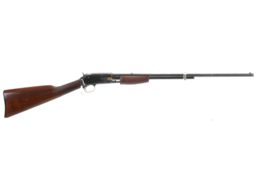