This is just an exceptional example of a super rare late WWII Fallschirmajagergewehr FG 42 Paratrooper Rifle, with the original issue Luftwaffe marked ZF4 sniper scope and original mount. These rifles were exceptionally unique weapons that were developed by the German engineers that was way ahead of anything that the Allies had. This rifle design married the concept of both the basic German infantry rifle with the fully automatic "light rifle" weapon, somewhat akin to our Browning BAR and later developed further by various countries in the post-War years. Some of the more notable weapon designs that used this concept were the FN/FAL and M14 rifles, which used a full sized rifle round in both the semi-automatic and fully automatic mode. One of the most unique aspects of this weapon was that it fired from a "closed bolt" when shooting in the semi-automatic mode and an "open bolt" in the fully automatic mode, which aided in reducing cook-offs. Some of the other easily identified characteristics of this rifle are a horizontal 20 round box magazine, a "brass deflector" on the right rear side of the receiver, a permanently attached folding bipod, and folding front and rear sights. These rifles were developed fairly late in WWII at the direction of Herman Goring and were specifically issued to only German Paratroopers. It is estimated that only appropriately 5000 were ever manufactured with most being destroyed after the war with very few surviving intact examples know today. This example is a mid-production Second Model that has the more horizontal grip with the bakelite grip panels and laminated buttstock and two piece wooden forend. This rifle is complete with an original WWII German "Luftwaffe" issued and marked ZF4 sniper scope, with the original scope mount/ring set. The scope is a standard ZF4 scope that has been marked with a large "L" on the left side signifying it for Luftwaffe issue. The top of the receiver of these rifles were specifically machined with a long dovetail type base designed to accept the two scope rings. The rings each have a single locking lever that allowed easy installation and removal of the scope depending on the specific combat scenario; general combat or in a limited sniping role. The top of the receiver is marked: "fzs(the wartime code for the Krieghoff Company)/FG42/02314". The left side of the scope is marked "Gw ZF4/57309/ddx (Voigtlander & Sohns)" with the large "L" signifying Luftwaffe issue following the standard markings. This wonderful light combat rifle has the late war green/gray phosphate finish on the receiver and barrel assembly with a blue/black painted finish on the lower trigger group/housing assembly. This exceptionally scarce rifle is complete with the original ribbed compensator on the end of the barrel which installs on the same muzzle threading as the included cup-style grenade launcher, the original folding bipod, spike bayonet and one original magazine.

Excellent with 97% plus of the original WWII combination phosphate/blue type finish with minor handling/firing wear. The scope and rings are also in excellent condition with 95% of their original finish. The wooden forend and buttstock are also in excellent condition with their nice original finish with minor handling marks from light use. A few English selector markings have been hand-added to the trigger group. Truly a super rare and very unique WWII FG 42 Paratrooper Rifle with all of the extremely rare accessories! NOTE: This item is restricted as a National Firearms Act (NFA), Fully Automatic Weapon that is currently registered with the Bureau of Alcohol, Tobacco, Firearms and Explosives (BATF&E) that has been classified as a "Curio or Relic" as defined in 27 CFR, 478.11. These weapons are still subject to the provisions of 18 U.S.C. Chapter 44 and 27 CFR part 478. Before bidding on this item, it is the sole responsibility and obligation of the bidder to understand and comply with all the State and Federal transfer laws and restrictions that apply in their current place of residence. 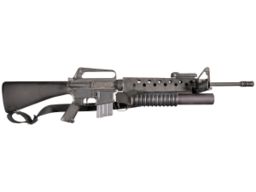 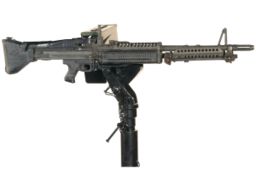 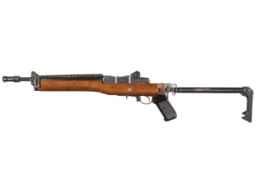 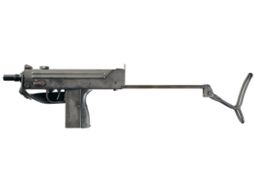 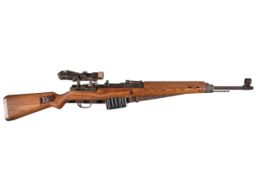 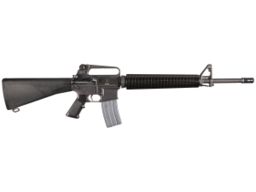