This is an exceptionally rare and like new model 1888 Schulhof bolt action "Test" rifle. This specific rifle was developed circa 1887 by Joseph Schulhof, a prolific Austrian firearms designer. This rifle was one of a handful that were submitted to the U.S. Ordnance Board at Springfield Armory for field testing in December 1888 when the U.S. Government was looking for a new modern bolt action rifle as a replacement for the aging and out dated M1884 trapdoor rifle. This rifle has a very unique feature for this time: a rotary magazine that has features similar to the Norwegian Krag and the Johnson M1941 rifles. To load the magazine there is a small magazine cover/door on the right side that opens when you depress a small lever; when you open the cover that action engages the spring loaded magazine cartridge feeder inside the magazine box. This allows the shooter to just drop the cartridges into the magazine and when you close the cover it releases the cartridge feeder and pushes the cartridges into position on the underside of the action. The left side of the rifle also has a small lever which is a magazine cutoff. To engage this you just push or rotate the lever upwards. The bolt itself is also similar to the Krag in that it has a single lug on the right side with an internal firing pin and a large cocking knob on the end. It has a two-piece walnut stock with a full length Mannlicher style finger groove forend end. It has a standard inverted "v" front sight and a military style tangent rear sight that is marked on the side of the base "2-20" (200-2000 meters). The left side of the receiver is marked in heavy engraving: "SCHULOF'S PATENT" with the small circular factory mark of "S. J. &D" (we assume this is for "Joseph Schulhof and D"). The barrel has an octagonal breeching section that is stamped with the Belgium "Perron/ELG" for the proof house at Liege, Belgium. The left breech end of the barrel, the front edge of the receiver and the bolt lug all have the Austrian "Crown/V" proof mark that was implemented in 1891 for all Austrian firearms. Overall, the rifle performed in a satisfactory manner undergoing some very harsh and extreme testing including: dust, rust, accuracy, rapid firing, and endurance tests. Although it passed the majority of the tests, it failed in one when a "Hebler Proof" cartridge failed (exploded) in the chamber area and in turn ignited two cartridges in the magazine; they subsequently exploded and severely damaged the rotary magazine and bent the bolt. Consequently the Ordnance Board deemed the rifle was weak in that area and unsatisfactory for a military rifle. The rifle was never produced on a commercial basis. However, in looking at it, this describer would assume it would have been very popular on the world market as it is a well made rifle with a very smooth action. The front and rear sections of the bolt, the barrel bands, trigger guard, rotary magazine box, cartridge pusher and magazine door are all correctly numbered "43".

Excellent with 98% plus of the original blue finish overall with only minor edge wear. The walnut buttstock and forend are both in excellent condition with only minor handling marks. This is a very interesting rifle that includes a photocopy of the Ordnance Board test results for this rifle. There were not many of these rifles manufactured as Joseph Schulhof died in 1890. This is truly a rarity in early test rifles. 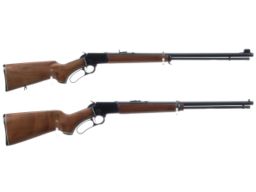 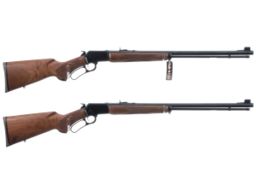 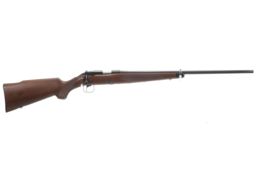 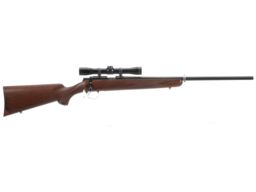 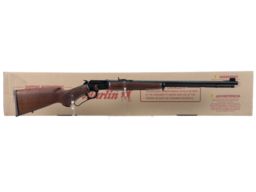 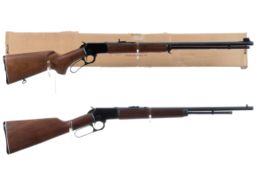