Installed in a gold painted frame, 11 1/4 inches tall by 16 1/4 inches wide, with a combination of white and green matte, the watercolor painting (5x10 visible, true dimensions unknown) depicts a classic European fortified household atop a wooded hill. On the right of the photo are a pair of towers, one round and one square in cross-section, which overlook the entryway. To the left, the hill drops away, showing a set of distant fields and a far away mountain in the background. In the lower right corner is the signature; "A. Hitler '11". Between 1905 and 1913, Hitler was a resident of Vienna, Austria, where he attempted to make it as an artist. Living chiefly on funds left behind by his father and supported by his mother, he applied for entry to the Vienna Academy of Fine Arts in 1907 and 1908; in both cases, his test drawings were dismissed as unsatisfactory, with an additional note that he would be better off as an architect. While this marked the pre-emptive end of Hitler's art career, he continued to paint and sell, with an emphasis on buildings and landscapes. This art would continue to float around on the European market, rising sharply in value when Hitler began his ascent in German politics. In a rare bit of self awareness from a man with near-suicidal overconfidence, Hitler recognized that his art's value was chiefly connected to his famous name, and while some of his work was a source of pride, a great deal of his output was substandard, a mixture of early works before his skills had developed and items he had quickly dashed off to sell on the street or trade for services. In 1935, a team was assembled in the National Socialist Central Archives of Munich with an express mandate to research and document Hitler's past in order to ensure completeness of records and to bury any potential embarrassments, with two archivists tasked with the verification and documentation of Hitler's art. One of these archivists, Doctor August Priesack, survived the war, and used his experience to establish himself as an expert on Hitler Art. Two certificates of authenticity are provided; the first is from Dr. Priesack, dated August 23, 1982, and certifies the painting as Hitler's work. The second is from Gertraud "Traudl" Junge, Hitler's final secretary, dated April 19, 1995, which identifies the painting as her property, mention's Dr. Priesack's appraisal, and notes a chain of possession from her, to her husband Waffen-SS Lieutenant Hans Junge (K.I.A. in France, 1944), to Heinz Linge, Hitler's personal valet. While the trail ends with Linge, Hitler was known for cherry-picking art recovered by the Central Archives, particularly works he was personally proud of, to be made into gifts for his subordinates, and Linge would be in good position to receive such a gift. Both Junge and Linge were among the occupants of the Fuhrerbunker in the final days of the war, with Junge transcribing Hitler's last earthly will and testament and Linge being personally tasked with the destruction of the bodies of Hitler and Eva Braun following their double-suicide. Linge and Junge survived the war, escaping the bunker on May 1, 1945, with Junge's accounts being one of the primary sources for information on the final events of Hitler's life. Also included with the set are photocopied excerpts from the book "Adolf Hitler The Unknown Artist" by Billy Price, and a custom-built hardwood case.

Both the painting and the frame are fine; we make no endeavor to assess the painting from an artistic standpoint. The painting shows a few small water spots, likely artifacts of the painting process itself, with no other externally visible handling marks, and the frame shows some mild wear along the edges. Hitler's artwork, especially his Vienna output, represents a link to a quiet yet critical moment in world history, as Hitler's (lack of) art career presents one of the great "what might have been" questions of the 20th century. 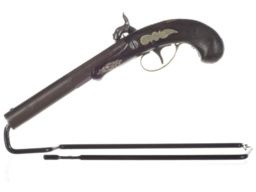 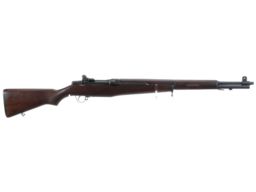 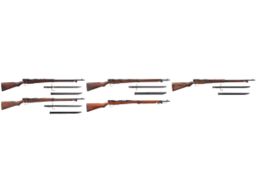 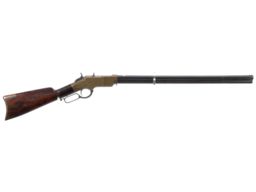 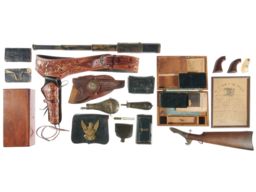 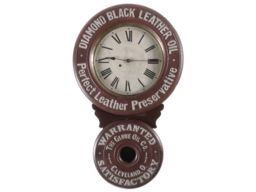