This is a beautiful example of an ultra-rare early WWII German Pzb-39 single shot antitank rifle. This wonderful rifle is all original and unaltered in its original WWII condition. This specific rifle was manufactured at the Steyr factory and bears the wartime code of: "bnz", along with the manufacturing date of 1941. This rifle was developed in 1939 and it fired a super-high velocity 7.92/8mm armor piercing known as the Patrone 318 cartridge, for use in anti-tank warfare. This cartridge used an extremely large over sized case (approximately 22 mm base) that was necked down to use the standard 7.92/8mm bullet, that was designated the "Patrone 318" cartridge. This cartridge and rifle saw wide spread use in the beginning of WW2 with this specific model being one of the most successful of the anti-tank rifle designs. However, the "Patrone 318" cartridge soon proved to ineffective against the more modern tanks with their improved front armor, with the vast majority of these anti-tank rifles recalled and converted to grenade launchers, with them redesignated as the model "Grb-39". This scarce example as noted is in its original un-converted condition which makes it an extremely scarce piece of German Military weaponry. Very few of these rifles exist today in original un-altered condition. It is a single shot design that is strikingly similar to the earlier Winchester/Sharps/Stevens falling breechblock mechanism. It is activated by simply pushing forward on the lower portion of the pistol grip, which lowers the breechblock and trigger group so that a cartridge can be inserted into the chamber. Then simply pulling back on the pistol grip raises the breech and locks it into the receiver so its ready to fire. It has a very long barrel to allow the cartridge to gain the super hyper-velocity speed, so to help in transporting the rifle they were manufactured with a folding metal buttstock and barrel mounted bipod. It has very basic battlefield sights mounted on the barrel which is fitted with a unique muzzle break to help reduce recoil. It has a wooden forend mounted on the under side of the barrel, that has two small brackets on each side to mount a magazine. The top of the receiver is marked "Pz. B. 39/2450a/bnz/1941", along with several Waffenamt proof marks. The barrel is marked "PzB39/L318-A" along with two sets of numbers, 2450a and 8850a, along with several Waffenamt acceptance and firing proofs. As noted it has its original folding bipod, and barrel mounted carrying handle. It super rare rifle is complete with one, ten round sheet metal box magazine that mounts on the left side of the forend.

Very fine with 70% of its original blue finish overall with the wooden forend also showing numerous handling marks and light gouges on the sides, both from actual wartime use. It is in really nice original condition with all visible matching serial numbers. A super rare, hyper-velocity pre-WWII German antitank rifle. 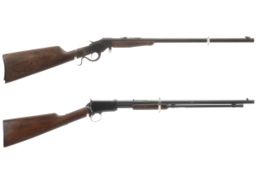 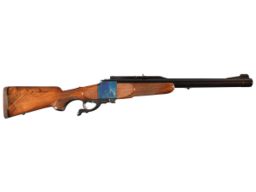 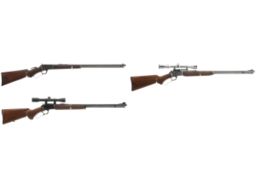 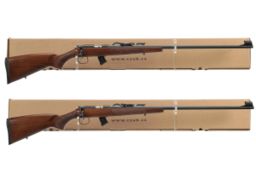 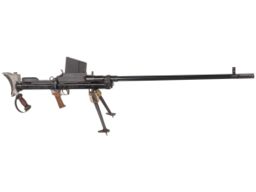 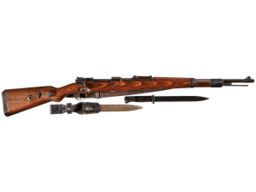