Originally established as the personal guard of the Prussian King in 1740, the Gardes Du Corps would continue to serve following German unification. Notes from the consignor attribute this example to the Guards Cuirassiers Regiment; originally formed circa 1815 as a Uhlanen cavalry regiment, the regiment was reorganized as Cuirassiers circa 1821. During the First World War, the Regiment performed border patrol duties near Holland, and was later dismounted for trench warfare on the Eastern and Western Fronts. Officially demobilized in December of 1918, men from the regiment volunteered to help suppress post-war unrest, including during the Spartacist Uprising of 1919. Brass construction with silver edging, a short brim and a "lobster tail" style neck protector. The helm is topped with a three dimensional, silver Imperial Eagle, perched on a nickel finished plate and on the front is a silver burst emitting from an enamel colored Order of the Black Eagle icon, with text "MIT GOTT FUR KONIG UND VATER LAND -1860-" (with God for King and Fatherland) arranged around it. Brass scaled leather backed chinstrap with cloverleaf designs and black/silver/red cockades at the hinges. Lined with leather inside the brim and black velvet in the tail with a brown leather sweatband and green cloth inner lining. A padded hardwood display stand is also included with the helmet.

Very fine. A small amount of oxidization is visible where the silver meets the brass, most prominent on the lower edges of the badge and a few scuffs concentrated on the interior. The chinstrap shows light cracking at the edges and folds. A fine example of one of the most distinctive uniform items to emerge from the German Unification. 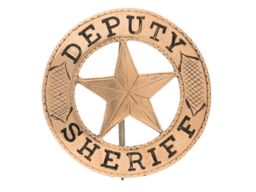 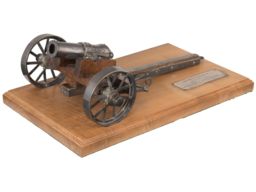 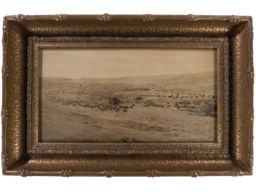 Lot #1056: Framed Print of Throwing Rangers To The Roundup by L.A. Huffman 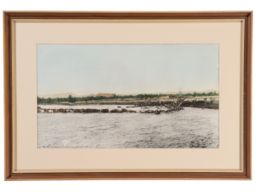 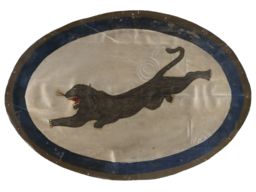 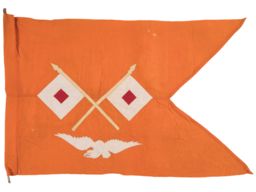