This pistol was produced in Amherst, Mass. circa. 1837-39 by Henry Morrill, Silas Mosman and Charles Blair and has a 15 1/2 inch overall length. Silas Mosman worked as an etcher for the N.P. Ames Company before and after his partnership with Morrill and Blair, and the style of etching on this blade is very similar to that found on Ames blades of this period. The Morrill Cutlass is distinguished by its square back, pointed trigger guard and round barrel. This particular pistol the larger size of the two styles produced by their firm but is still smaller from the martial version made for the U.S. Navy. The blade is etched with "Elgin's Patent" on the right side and "Morrill, Mosman / & Blair / Amherst, Mass" on the left side. The action has some light engraving designs and it and the blade are numbered "18". It has a blade front sight and bag shaped walnut grip with a golden initial shield.

Good. The blade and barrel have a silver gray patina with some scattered light to mild pitting overall. The markings and light engraving remain crisp throughout. The revarnished grip is very good with several minor marks and dings. The action needs some minor attention but is functional. The blade is fairly sharp. 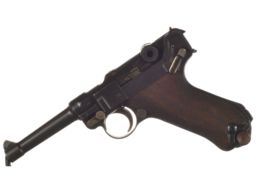 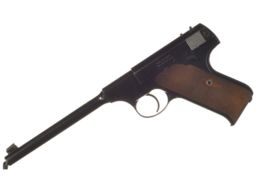 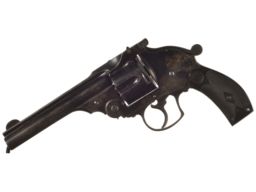 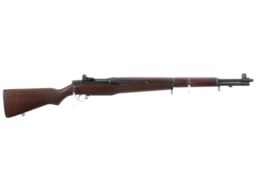 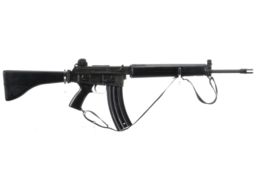 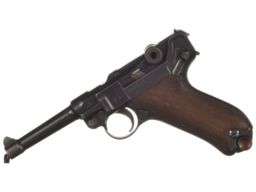