This rifle is a very rare example of an early pre-war Czechoslovakian ZH-29 semi-automatic rifle. This was the second semi-automatic rifle designed by the BRNO factory in Czechoslovakia. Prior to WWII, these rifles were marketed all over the world and some of them were sold to the Japanese; similar versions were built and test by the Japanese in the 1935 Test Trials. In fact, there is an almost identical version of this rifle shown on page 167 in the book "Military Rifles Of Japan" (second edition by Honeycutt). It is listed as prototype rifle that was manufactured by the Tokyo Gas and Electric (TGE) Company. This weapon is very unique in that it has gas-operating mechanism, and the bolt locking system very similar to the Belgium FN-FAL series of rifles only it's mounted on the right side of the rifle instead on top. The rifle used 100% machined parts that were held to close tolerances with final hand fitting, polishing and bluing. The action is also somewhat unique in that it is designed to be disassembled using only the tip of a bullet as all the major takedown pins are non-tapered, and two large pins hold the upper and lower receiver groups together making field disassembly very easy. During firing, the rear of the breech bolt actually slides to the right during unlocking and then recoils to the rear of the receiver inside the bolt carrier. This rifle also has a unique, one-piece aluminum finned cooling/gas block. The left side of the receiver is marked "CESKOSLOVENSKA ZBROJOVKA, AKCIOVA, SPOLECNOST, BRNO", and the rear heel of the receiver is marked "Automaticka Puska" over "ZH29". It is serial numbered "10169" on the op of the receiver, on the underside of the barrel, and on the underside of the bayonet lug. The stock and forend are walnut. It has a military style fully adjustable rear sight.

Excellent with 95% plus of the original blue finish (which correctly has a purplish tint). The complete bolt assembly and operating rod remain in their original "in the white" condition. The stock and handguard are both in very fine condition with only minor handling marks/scratches on the sides. The markings are clear and sharp. This is a very fine example of a super scarce early Czechoslovakian semi-automatic rifle. 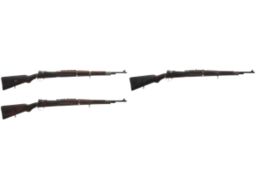 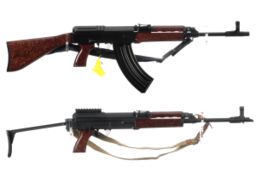 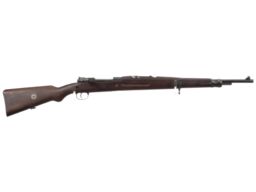 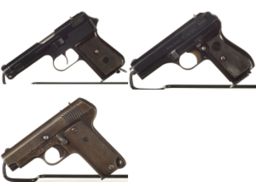 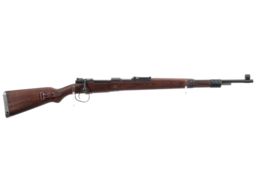 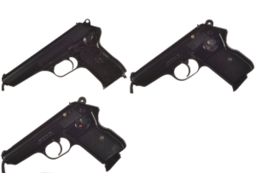