The Eulenburg Collection comes from the Hohenzollern Royal Family where they originated from the Eulenburg family estate of Liebenberg Castle in Brandenberg Germany. The Liebenberg circle can be traced to some of Kaiser Wilhelm II’s closest military and cultural advisors, and was named after the castle where they frequently met and hunted. This collection is a unique record of the role hunting in political affairs with German society. The grounds in which these hunts took place were situated on one of the Kaiser’s favorite hunting preserves. A red stag cap European mount with 16 points measuring approximately 38 inches high and 43 inches wide mounted to a replacement hand carved gilded wooden plaque. The skull is marked (and reportedly taken by) "Walter Frhrr (Baron) v. Esebeck", "Eulenburg" and the 1892 in black ink. Attached to the front is a Baden helmet plate. Hanging from the antlers is a Prussian Uhlan Regimental Standard Bearer’s gorget with an enlisted chain. The plaque is approximately 28 inches high x 14 inches wide. Walter Baron von Esebeck was a Prussian cavalry officer and personal adjutant to Prince Freidrich Leopold of Prussia. He was also a member of the Liebenberg circle, a group of Kaiser Wilhelm II’s closest advisors.

Very good with some separation at the joints of the skull bones and light handling marks on the plaques and fittings. A set of steel pins and sockets have been installed in the antlers and pedicles allowing the antlers to be detached and remounted at will. 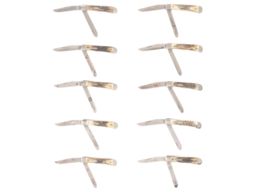 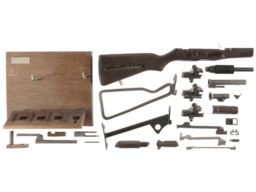 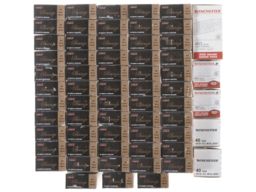 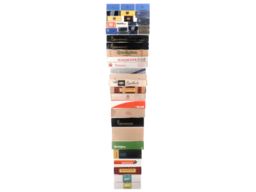 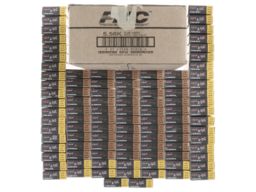 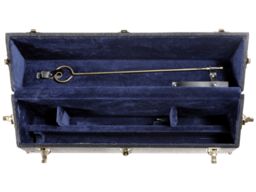