This uniform ensemble formerly of the George Petersen Collection, the world's most important Luftwaffe collection. Over the course of the war, the Goering unit expanded and ended the war as a Panzer Corps. The unit that became Fallschirm-Panzer Division Hermann Goring was established in the aftermath of the Africa Campaign. It served in Sicily and the Italian Peninsula and later served as the nucleus of the Fallschirm-Panzerkorps Hermann Goering, which ended the war on the Eastern Front defending Dresden from the advancing Soviets. The uniform set consists of a tunic, shirt, tie, belt and pants, with the shirt in a light gray and the rest of the uniform in black with white trim and accents. The tunic is fitted with the blank, white trimmed shoulder straps of a Luftwaffe Panzerschutze and white collar tabs (only H.G. division wore the cotton collar white insignia etc.) with jawless totenkopf skull ornaments, as opposed to the Heer's use of rose pink for their armor units. On the right sleeve is the blue and white "HERMANN GORING" cuff title, the Luftwaffe eagle on the right breast, and a Heer-pattern Panzer Badge on the left side; as the Luftwaffe did not have their own badge until November of 1944, sufficiently qualified tankers would use the Heer badge instead. The belt is marked "Gebruder Sparfeld/1939/L.B.A.(S.)" with a rectangular Luftwaffe buckle with LBA (Luftwaffe issued) in 1939. The shirt is very rare and factory ordered with detachable collar and machine sewn factory applied rectangular eagle. The pants are standard Panzer issue with very faint markings on the waistband in the 3 o'clock position. (Near the right pocket on the inside) The tie was added for display purposes and is not official. The inside of the jacket with size markings on the dark rayon and marked E44 (Erfurt Depot) the HG Division left the Florence area to take up positions out of Warsaw. Since Erfurt is in the eastern part of Germany one can speculate that the Depot there was issuing equipment and uniforms to the HG Panzer division.

Excellent, totally original overall, with a few light stains and handling marks. One of the attachment buttons is absent from the shirt collar, and the belt and buckle show some cracking and scuffs appropriate to age and use. A very attractive and historic set of military artifacts from one of the most noteworthy Luftwaffe tank units of World War II, which would make an extraordinary addition to the finest collection of World War II Third Reich uniforms. This may very well be one's only opportunity to obtain a totally original, no excuses, uniform grouping of this monumental, armored units of WWII. 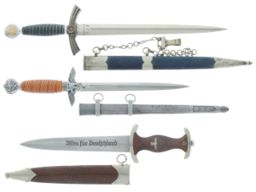 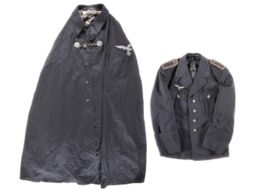 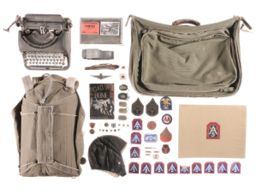 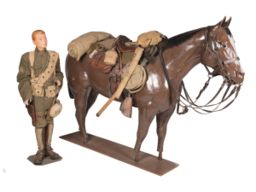 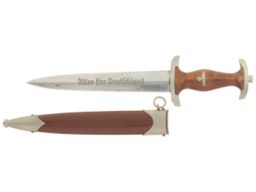 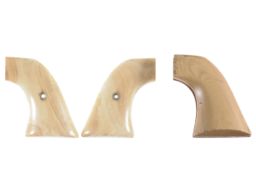