This is a unique example of an early Mannlicher Model 1901 self-loading "prototype" pistol serial number "9". The Mannlicher pistols and later rifles were all designed by Ferdinand bon Mannlicher, an exceptional early mechanical engineer who teamed with the Steyr factory to produce all of his rifle and pistols from the late 1890s on. The 1901 design was one of Mannlicher's most successful handguns with approximately 10,000 produced 1901 to 1903. Although tested by both the Austro-Hungarians Army and the U.S. Ordnance, it was officially passed over by the U.S. However, it was very favorably used by Austria's officer corps. It is a blowback operated design that proved to be very robust and durable. The unique feature is that it had an internal, 8 shot magazine that was loaded via stripper clips through the top of the pistol. This rare prototype has the very unique slotted back strap similar to that used on the Broomhandle pistol that was evidently abandoned by the factory as the slot has been filled in by the factory. The Model 1901 is chambered for the Austrian 7.63mm Mannlicher Auto cartridge which is called the 7.65 mm Mannlicher in Germany and 7.65x21mm in the U.S. The barrel is fitted with a high, thick, fixed blade front sight and a fixed notch rear sight mounted on top of the rear edge. The pistol does not have any factory markings and is serial numbered "9" only on the underside of the frame extension along with a larger "8104" stamped on the right rear edge of he frame. It is fitted with standard checkered walnut grips and with a lanyard loop on the butt of the frame.

Very fine with 90% of the period refinished blue finish overall showing wear and slight blue loss on the edges and high spots overall and blue loss on the front and rear grip strap. The grips are in very good condition with distinct checkering showing light wear across the tops and a couple very minor handling marks. Mechanically functions but needs trigger return spring in order to work. A very rare, early Mannlicher Model 1901 prototype pistol. 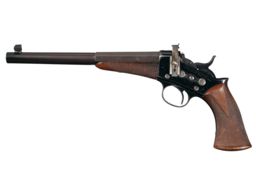 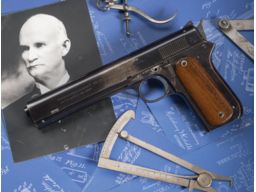 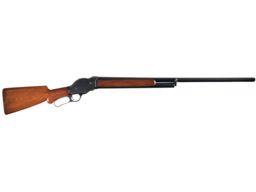 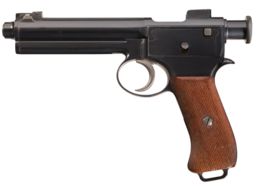 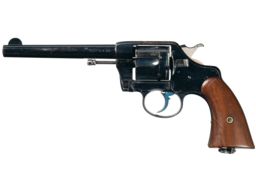 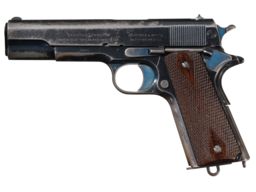