This is very rare late WWII type 2 FG42 (Fallschirmjager) paratrooper assault rifle manufactured by Krieghoff. This example is a late production second model with the horizontal grip with brown bakelite grip panels, laminated buttstock and two piece wooden forend. The top of the receiver as well as many of the visible parts and breech bolt are all correctly stamped "fzs" the wartime code for Krieghoff over "FG42/04911". The side of the buttstock is stamped with the matching serial number "4911". This very scarce rifle has late war silver/gray phosphate type finish on all the metal parts except the barrel which has a blue/black painted finish. The barrel is correctly fitted with the original ribbed compensator, an original folding bipod and the original spike bayonet. These rifles were developed in WWII at the direction of Herman Goering and were specifically issued only to German paratroopers. It is estimated that approximately 5,000 were produced in total, with most destroyed at the end of WWII and only very few examples known today. They were designed to fullfill the combat role of a fully-automatic submachine gun combined with the full power 7.92 mm Mauser cartridge in a lightweight rifle design. These could be used in both short and long range engagements as well as a pseudo-sniper rifle when equipped with the ZF4 sniper scope, (not included with this weapon). One of the most unique feature is that it combined sheet metal stamping manufacturing with fully machined parts just like the MP43 and 44 series. They fired from a closed bolt in the semi-automatic mode and from an open bolt in the fully automatic mode. It also utilized a side mounted horizontal 20 round box magazine and a spent cartridge deflector mounted on the right side of the receiver. It used a permanently attached folding bipod and folding front and rear sights. The rifle is complete with a WWII FG42 magazine with a phosphate type finish.

Fine with 30% of a very thin sliver/gray phosphate type finish remaining overall and 75% of a very thin blued finish on the exposed barrel. The bipod retains 85% of it's black painted finish overall. The buttstock and forend are both very fine with a nice light oil finish showing minor handling marks on the sides. A very scarce and unique late WWII German Fallschirmjager Paratrooper rifle. Note: This item is restricted as a National Firearms Act (NFA), fully transferable Class 3, which is registered with the Bureau of Alcohol, Tobacco, Firearms and Explosives, (BATFE) that is classified as a "Curios or Relic" as defined in 27 CFR, 478.11. These weapons are still subject to the provisions of 18 U.S.C. Chapter 44 and 27 CFR part 478. 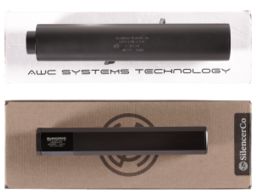 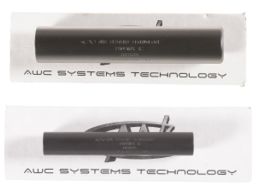 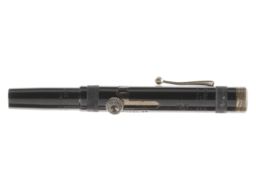 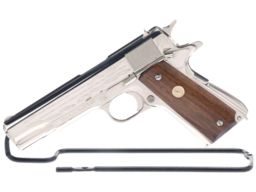 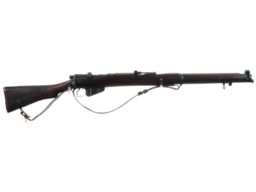 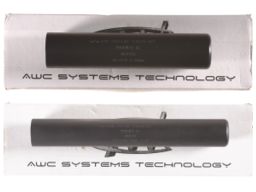