The lock is marked with "1862/TOWER" at the front and St. Edward's Crown without the "VR" below at the rear indicating this was a commercial arm, not one accepted by the British government for issue to their troops. Many British companies exported rifles for use by both the Confederacy and the Union during the American Civil War. In fact, the Pattern 1853 "Enfield" is said to be the second most widely used rifle of the war. The backside of the hammer and lock are marked "RB," and a "B&P" stamp is also above the mainspring. The rear sight base is marked "PW & S" on the right side. The barrel has standard proofs. Between the trigger guard and butt it is marked with another proof, "B&P," and "BENTLEY & PLAYFAIR." The right side has a Birmingham Small Arms Trade circular stamp.

Very good. There are traces of original finish and otherwise gray and brown patina, light pitting, and some scattered minor marks. The brass, other than the bright lock screw washers, has attractive aged patina. The stock has some dings and scratches and a small crack at the tail of the lock. Mechanically fine. 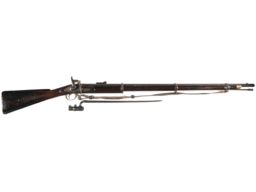 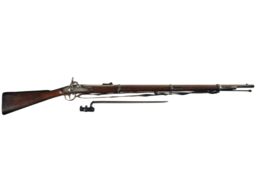 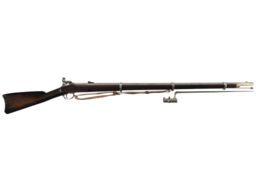 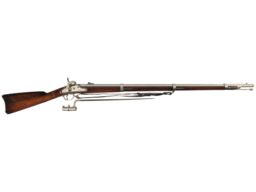 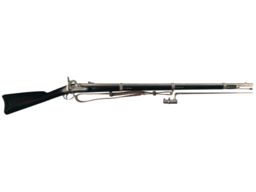 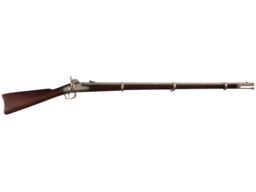