This is a very rare example of an original Austrian manufactured Voere 180 M-2 fully automatic machine gun imported by the American Arms International Corp.. Originally designed to look somewhat like a miniature Thompson SMG, the original, fully automatic models can be identified by the "A" prefix serial number. Manufactured between 1972-1979 with an estimated total of only 2,300 manufactured. A very limited number were subsequently actually assembled/manufactured by the American Arms International Corp. in Utah with an even smaller number of them sold to the Utah Department of Corrections. Imported as a "Dealers Sale Sample" and is listed as such. The barrel flats are marked "American international Corp. SLC. UTAH. USA". The side of the receiver is marked "AMERICAN 180 M-2," over the serial number with the installed barrel matching to the receiver. High mounted blade front with a dovetail rail on the top of the receiver and an adjustable rear sight similar to a M1 carbine. Includes the original styrofoam shipping box but no outer box, a new original Austrian manufactured barrel, (serial numbered A00941), one complete original steel drum magazine with the winding mechanism, four spare clear plastic magazine drums (one with the winding mechanism and three without), two E&L loading stands, and two loading trays.

Excellent with 98% original blued/anodized type finishes. The stock and forend are both in excellent condition showing only very minor handling marks. The various accessories are all in like new condition. NOTE: This weapon is a restricted, National Firearms Act (NFA) Class 3, Fully Automatic Weapon, that is registered with the Bureau of Alcohol, Tobacco, Firearms and Explosives (BATFE) under the provisions of 18 U.S.C. Chapter 44 and 27 CFR part 478. This weapon is currently registered as being "LIMITED TO USE AS A SALES SAMPLE (Pre-86)" and as such can only be purchased by an FFL, with a Class 2 or Class 3 SOT License. 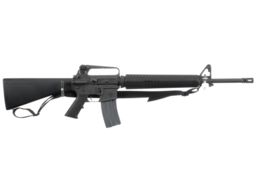 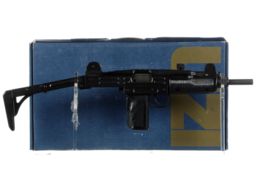 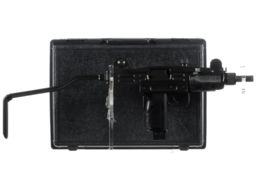 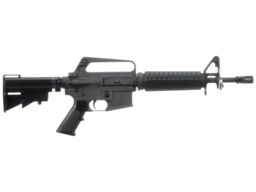 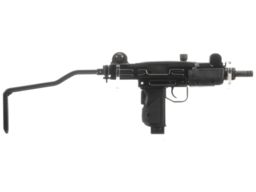 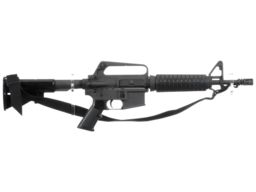