Manufactured from 1861 to 1874, the Model No. 2 Army began production just prior to the start of the Civil War and quickly became popular, especially among Union officers. However the Model No. 2 was never officially adopted by the U.S. Army. This particular revolver has the early two pin top strap, as apposed to the three pin. This revolver is fully nickel plated. It is estimated that only about 10% of the 77,155 revolvers made were nickel plated adding to the rarity of this two pin model. Blade front sight and notched top strap rear sight. The top of the barrel is marked with the Springfield address and the cylinder marked "PATENTED APRIL 3, 1855, JULY 5, 1859 & DEC 18, 1860." around the center (only partially visible and faint). The serial number is marked on the butt and stamped on the inside of the right grip panel and the assembly number is marked on the frame under the grip, front cylinder face, and back of the barrel lug. Six round unfluted cylinder, and smooth spur trigger.

Fine as retailer replated. The revolver retains at least 95% nickel finish with some small areas of flaking and some scattered minor oxidation. The hammer has been bobbed, crudely recheckered and there is some play in the barrel. The grips are fine with some lower edge wear, a chip on the left heel, and a few minor dents and dings. The barrel rib marking is crisp and clear. The hammer is a bit difficult to cock due to being bobbed and the cylinder only rotates when the revolver is pointed downward. 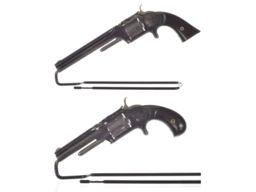 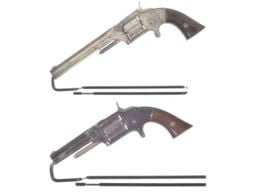 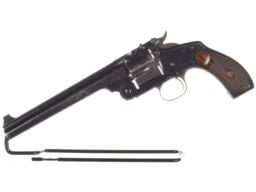 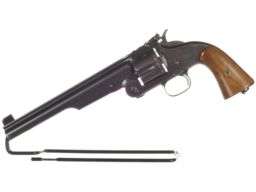 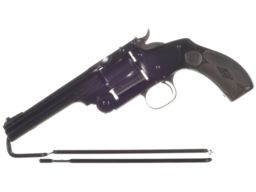 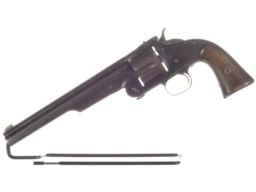