Exceptionally fine with most of the black in the lettering remaining and some high spot wear to the finish. All the diamonds and rubies remain. A once in a lifetime opportunity to obtain a remarkable piece of memorabilia held closely by The King of Rock & Roll for the serious Elvis collector.

Well known for his hit music spanning multiple genres such as rock & roll, country, gospel and blues and coming of age teen movies, Elvis Presley is the quintessential American cultural icon who,40 years after his death, retains an enormous international fan base. Since the release of his debut studio album "Elvis Presley" in 1956, demand for personal effects from The King of Rock & Roll continues to dominate the pop cultural memorabilia market. Rock Island Auction Company is proud to offer one such piece of memorabilia: a diamond and ruby studded Shelby County Sheriff's badge from Presley's personal law enforcement badge collection. At first glance linking Elvis with law enforcement paraphernalia seems to be wildly illogical. He was after all the nightmare to 1950s conservative America: the white Southerner bringing together American music from both sides of the color line and performing with natural sexual flare. He was in essence a cultural liberation icon throwing the "system" into chaos. Presley's debut record "conjured up the vision of a performer who could be all things," stated music historian John Robertson: "a flirtatious teenage idol with a heart of gold; a tempestuous, dangerous lover; a gutbucket blues singer; a sophisticated nightclub entertainer; [a] raucous rocker". America would never be the same. It would therefore seem logical to conclude that Elvis had it out for all symbols of authority. Right? The answer is no. In fact, Elvis had deep respect and affection for law enforcement since he was a teenager. As explained by Elvis' friend Marty Lacker, "Elvis played policeman every chance he got. He loved law enforcement and easily could have enjoyed pursuing it as a career…and as he toured the country there were always local police assigned for security." One of Elvis' well documented hobbies was collecting police badges. He obtained his first badge from Shelby County of Tennessee Sheriff Bill Morris. Over the years his badge collection grew, and he sought badges from every city where he performed. So enthralled by police badges Elvis acquired Shelby County badges for every member of his entourage known as the "Memphis Mafia." His most prized badge was from the federal Bureau of Narcotics and Dangerous Drugs that he personally asked President Richard Nixon for when they met in the Oval Office in December 1970. In the 1970s, Elvis was known for carrying a portable blue police light in his vehicle, using it to pull over speeding drivers. Once a driver was pulled over Elvis would flash a badge from his collection and lecture about the dangers of speeding. Before driving off Elvis usually gave an autograph to an often speechless law breaking driver. He even listened to a police scanner while patrolling the streets of Memphis and at times arrived at a scene of an accident or crime before the arrival of a police officer. Until his death Elvis maintained close ties with Memphis Police and Shelby County Sheriff's departments. He often bestowed gifts to police departments and to individual members of law enforcement. These gifts included equipment and uniforms to the Memphis Police Department's softball team, cars to close police friends, donations and paying funeral expenses for a fallen officer. Elvis was deputized as a member of the Shelby County Sheriff's Department. Offered here is a Shelby County of Tennessee Chief Deputy Sheriff's badge with the number 6. Elvis was presented the badge on February 10, 1972 by Sheriff Roy Nixon. At the time Sheriff Nixon appointed Elvis Chief Deputy Sheriff. Elvis had the diamonds and rubies added to the badge that he carried from 1972 until 1976 when he gave it as a gift to Sheriff Nixon's successor Billy Ray Schilling. In return Schilling gave Elvis his personal sheriff's badge. According to Lacker, an awaken Schilling agreed to exchanging the badges during a 1 am phone call Elvis made to his home. The back of the badge is marked "SHAPIRO/UNIFORMS/MEMPHIS." The accompanying 2009 letter written and signed by Elvis Presley expert, author and Swedish fan club founder Bruno Tillander authenticates the badge. An included notarized affidavit from Tomas Morgan, Jr., a friend to Elvis and member of the Shelby County Sheriff's Department, also authenticates the badge and explains that Sheriff Schilling sold the badge to Tillander and that he acquired the badge from Tillander in 2000. An 18x12 inch plaque presenting the history of the badge and a soft pouch are also included. 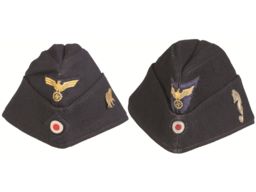 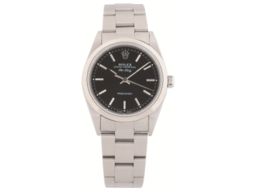 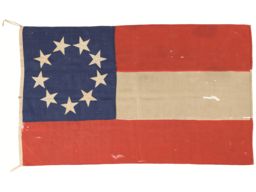 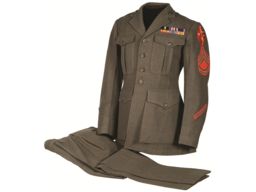 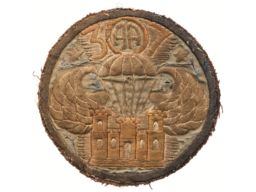 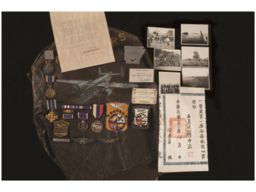 Lot #1523: Tokyo Raid Archive, Including Medals & Pictures from the Raid