This is a solid restored example of a late WWII German MP44 assault rifle. The underside of the receiver is stamped with "cos" which stands for Merzwerke, Gebr. Merz Frankfurt (who was a supplier of stamped parts from 1942 to 1945) and an "Eagle WaA444 Waffenamt proof next to "fxo" and a Eagle 37" Waffenamt. This series of assault rifle is considered as the first true production assault rifle with approximately 300,000 manufactured before the war ended. They were chambered for the new "7.92 X 33mm Kurz" round, (basically a shortened 7.92X57mm cartridge). They were intended to replace the MP40 SMG and 98k rifles under the theory that a soldier could carry more shortened/lighter cartridges, but still had a longer effective range than the MP40s with a higher sustained rate of fire than the 98K. It could fire in both a fully automatic and semi-automatic mode. By using the shortened intermediate length cartridge, this design ushered in a whole new generation of assault rifles after WWII. During manufacture they utilized wartime expedient manufacturing techniques, such as a sheet-metal stamped receiver and trigger housing with minimal machined parts, such as the bolt assembly and barrel. They also used a simple slab-sided wooden buttstock and the bakelite pistol grip panels. The original serial number was partially removed at some point and in that area of the receiver it is currently stamped: "27 /45" with the upper rear side stamped "MP44". The front upper left area of the receiver has been restamped with serial number "IRS4443B" which is the serial number that it has been registered under. It is complete with one original magazine stamped on the side "qnw/Eagle 214/MP44 with an original leather sling.

Fine as refinished with a nice original looking blue finish overall with clear sharp markings and proofs. The buttstock and grips are both in fine condition with the right side of the stock showing some light scratches/pressure dents. A very nice representative example of a scarce and very desirable Nazi MP44 assault rifle. NOTE: This item is restricted as a National Firearms Act (NFA), fully transferable Class 3, which is registered with the Bureau of Alcohol, Tobacco, Firearms and Explosives, (BATFE) that is classified as a "Curios or Relic" as defined in 27 CFR, 478.11. These weapons are still subject to the provisions of 18 U.S.C. Chapter 44 and 27 CFR part 478. 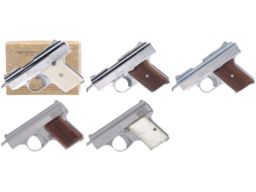 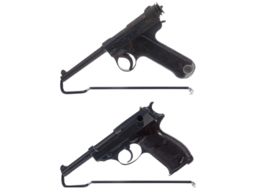 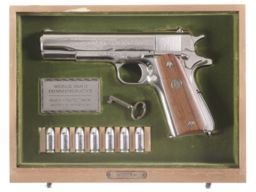 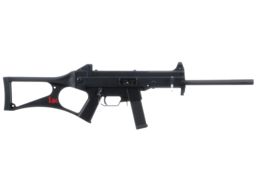 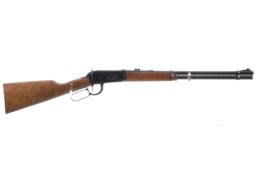 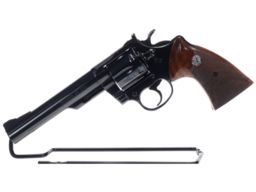